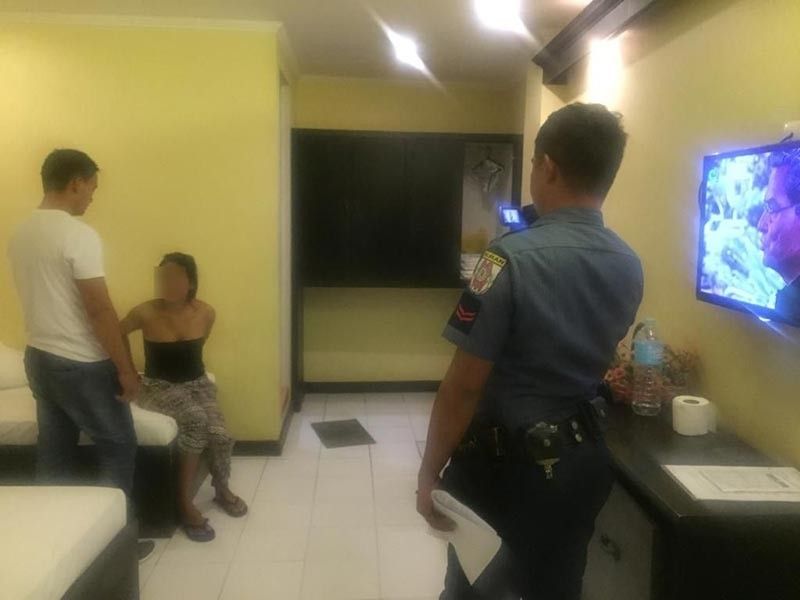 POLICE arrested in Naval, Biliran on Tuesday, August 6, a couple who allegedly sold to online predators their own children -- a two-month-old girl and one-year-old boy -- along with other minors.

Joint operatives from the Women and Children Protection Center–Visayas Field Unit (WCPC-VFU) and the Biliran Provincial Police Office (BPPO) stormed a hotel room where the couple brought two 14-year-old boys, whom the female suspect offered to sexually abuse online in exchange for money.

The WCPC is a specialized and dedicated anti-trafficking unit within the Philippine National Police (PNP).

Both minors were rescued, while a 15-year-old girl was removed from the room along with the couple’s two young children, said the International Justice Mission (IJM), which is also working behind the police operation.

Considered at risk, the 15-year-old girl and the couple’s children will undergo assessment to determine if they, too, were victimized.

Four more victims -- three boys aged 17 and a woman aged 20 -- were rescued in a separate location.

These victims were identified during police’s investigation of the female suspect’s online activities.

All victims are now receiving aftercare services from the Department of Social Welfare and Development (DSWD).

While only Monique was found to have offered the online sexual abuse of minors for a fee, her live-in partner was the one who brought the victims to the undisclosed hotel, the IJM reported.

The WCPC-VFU received information about Monique’s suspicious online activities in June this year.

Based on their investigation, Monique had been offering online sexual abuse of minors in exchange for money from foreigners.

After a thorough investigation, the WCPC-VFU planned and carried out an entrapment operation, in coordination with the BPPO, Naval Municipal Police Station, Biliran Provincial Social Welfare and Development Office, Regional Inter-Agency Council Against Trafficking in Eastern Visayas, and IJM.

“Online sexual exploitation of children (Osec) perpetrators think they can evade the law. But they are completely mistaken,” said WCPC-VFU Chief Romeo Perigo.

“They will be caught and suffer the consequence of their actions -- a maximum penalty of life imprisonment and fines amounting to millions. We will not tolerate anyone resorting to this illegal activity for quick money. I urge the public to be vigilant and report Osec incidents immediately to law enforcers to protect children from the trauma this crime brings," the official said in a statement.

IJM Cebu Field Office director John Tanagho added: “IJM praises the coordinated efforts of the PNP-Women and Children’s Protection Center, Iacat, DSWD and Biliran police to rescue and protect precious children from online sexual abuse and exploitation. When these government agencies work together to end Osec, traffickers don’t stand a chance, and one day Osec will only be read about in history books, not breaking news.”

According to IJM, rescued victims of Osec need many services, including therapy and rehabilitation.

They would only be returned to the community after a comprehensive family home and risk assessment is conducted to confirm that the home is a safe place for the children and that they will no longer be sexually abused or exploited by their parents, relatives or neighbors.

Osec is a crime that violates the Anti-Trafficking in Persons Act or RA 9208 (as amended by RA 10364), which comes with a maximum penalty of life imprisonment and a fine of P2 million to P5 million. Typical Osec offenses also violate RA 10175 (Cybercrime Prevention Act of 2012), RA 9775 (Anti-Child Pornography Act of 2009) and RA 7610 (Child Abuse Law). Each of these violations have penalties equivalent to 12 to 40 years imprisonment.