Salvador: Asakusa. Did you know… 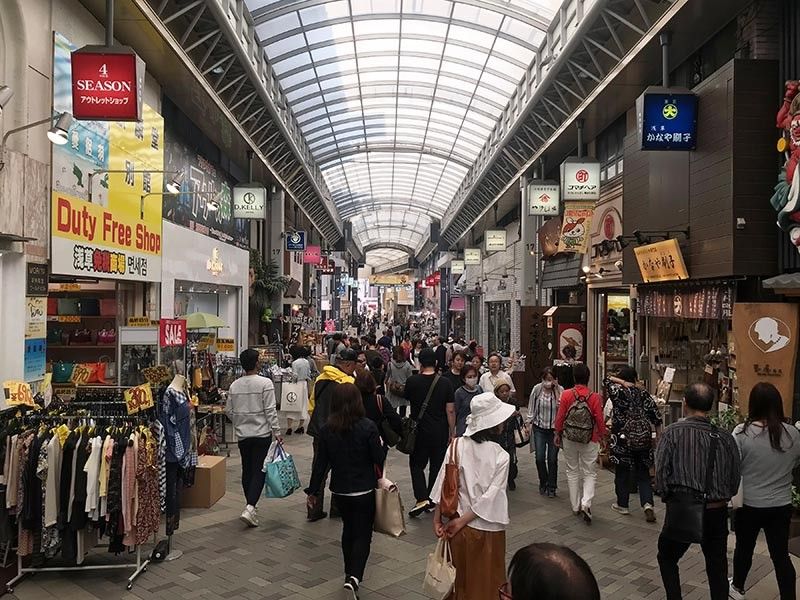 JAPAN. Shin-Nakamise is a popular covered shopping street. (Photo by Jinggoy I. Salvador) 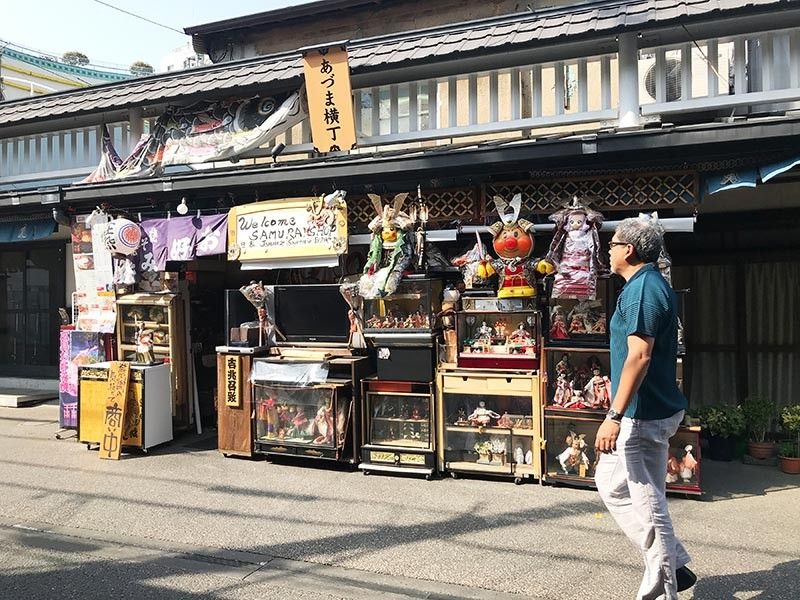 JAPAN. Asakusa is where you can score great finds, like an antique samurai sword. (Photo by Jinggoy I. Salvador) 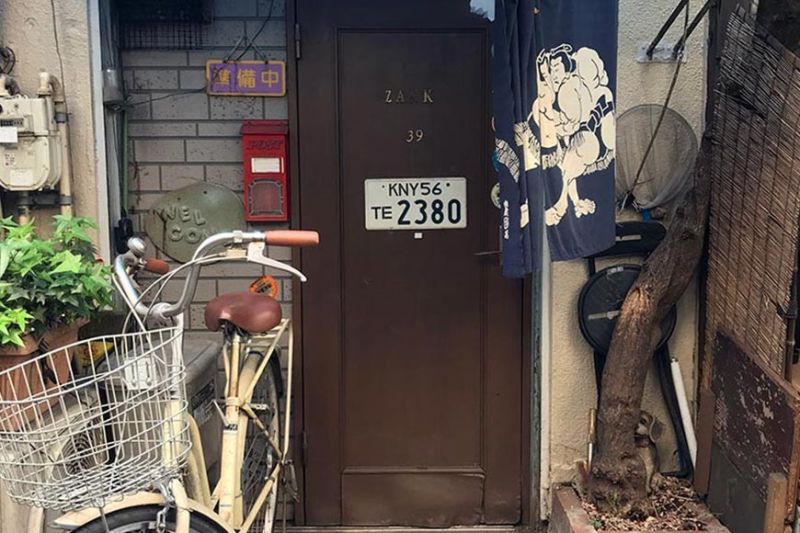 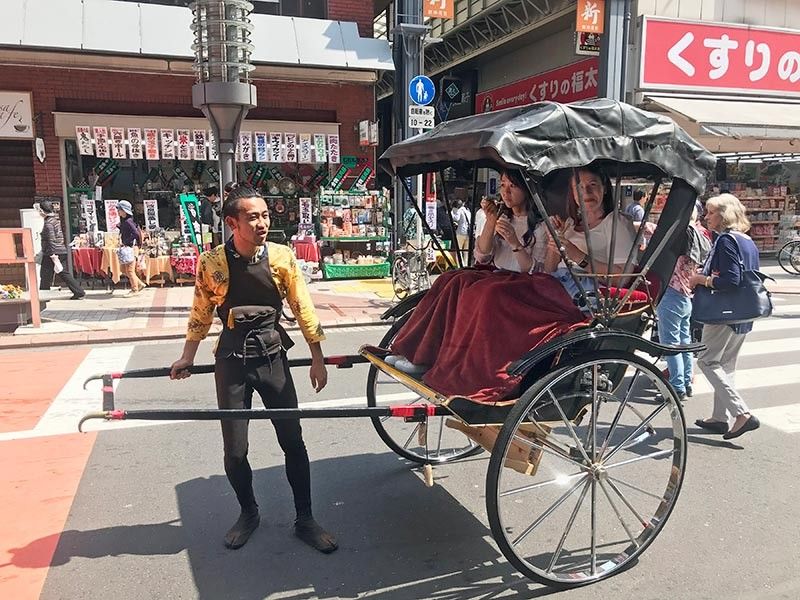 JAPAN. You can walk or take a guided tour on a rickshaw. (Photo by Jinggoy I. Salvador) 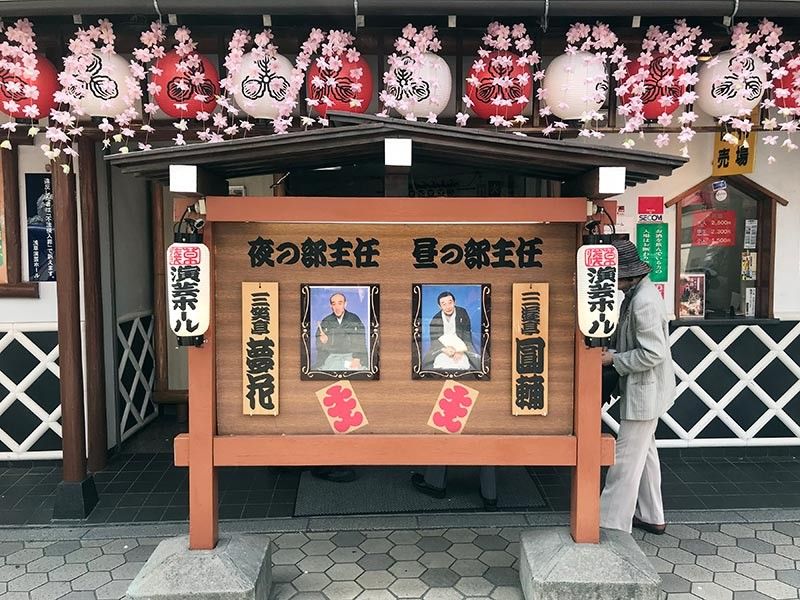 JAPAN. Rakugo theater in the Rekkin Entertainment District. (Photo by Jinggoy I. Salvador)

I ENTERED this district in modern Tokyo not really knowing anything about the place except for the large red lantern at the gate of a 7th-century Buddhist temple. It’s called the Senso-ji, Tokyo’s oldest temple and the iconic figure of Asakusa.

But Asakusa is much more than the Senso-ji and its lanterns, the centuries-old tradition of retail on the shopping street, “secret garden” where only the shoguns and nobles were allowed entry, and the five-story pagoda. Like prefer, I went on an exploration on foot like outside the temple walls. It’s in the “getting lost” in an unfamiliar territory that I find exciting. However, there is always the option of taking a guided tour on a rickshaw (aka jinrikisha or “man-powered vehicle”)

What did I find out along the way? Here they are.

Did you know that Asakusa is colloquially known as Shitamachi? It literally translates to “low city,” referring to the district’s low elevation in the part of the city along the Shumida River banks. It’s also said that Asakusa retains the aura of old Japan than the other districts.

Aside from the subway and train, you can use reach Asakusa after a guided cruise along the river. It makes for an interesting take of the place from another angle. Which leads to the next entry.

Did you know that the other much-talked about giant “golden poo” is a popular landmark? You can’t miss it while cruising the Shumida River. It sits on one of the Asahi Beer headquarters. Some see it as a golden cloud but the sculpture is actually a golden flame created by French artist Philippe Starck, and represents passion and dedication Asahi has for brewing. It was installed in 1989 for the company’s 100th anniversary. Like the Tokyo Skytree, the Asahi headquarters is in Sumida-ku, but these can be viewed from the riverside park in Asakusa.

Did you know that Asakusa was the address of the biggest theater district in Edo (Old Tokyo), and the leading entertainment district for that matter? For the Kabuki theaters and the red light district, locals head out to this spot outside the city limits. As years passed, modern types of entertainment emerged.

The entertainment spot didn’t regain its popularity after WWII, when large parts of the area were ravaged.

I chanced upon a Rakugo theater. I caught a couple of shows on tour but that was in English. As much as I would like to catch a show in a local setting, I can’t understand Japanese.

Did you know that there are lots of very interesting hole in the wall bars and restaurants hidden in the alleys of the district? There are modern ones in the newer buildings and malls, but the ones along the off the beaten track seem to be more alluring. Perhaps you need to speak the language well to enjoy it. But that won’t be a problem. Join a bar hopping tour and see what the nightlife is like in this part of town.

Shopping? Did you know Asakusa is one of Tokyo’s best areas to go shopping for souvenirs and more? Anything that will remind you of Japan, you’ll find here. A samurai sword? Why not? There are hundreds of shops selling just about anything – postcards, a variety of snacks and beverage made of green tea, antique kimono, handicrafts, there’s even an underground shopping center, and a Don Quixote in the area.