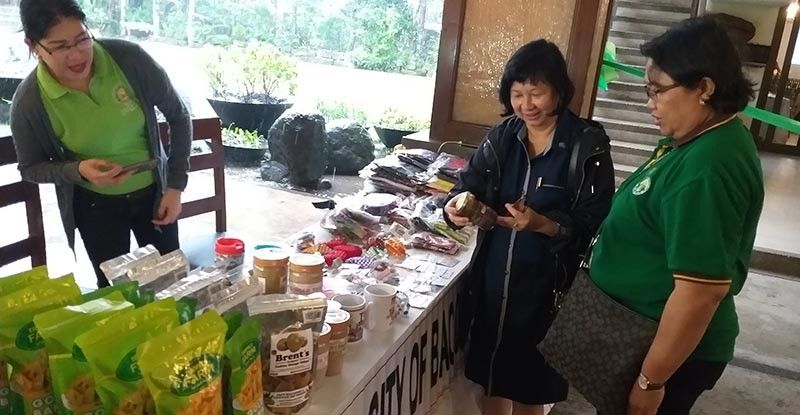 TALISAY CITY -- Recognizing the important role of food production area in the value chain, the Department of Agriculture (DA) has recognized the need to also bring development in the rural areas through one, helping organizations there.

Agriculture Undersecretary for High Value Crops and Rural Credit Evelyn Laviña, at the sidelines of the opening of the 5th Farm Home Extensionists Association of the Philippines (Fhexap) National Congress at the Nature’s Village Resort here yesterday, said the agency is pushing for the development of rural areas as these host the farmlands.

Laviña said most of the developments are concentrated in the city, and that many in the rural areas still need support from the government.

“Our food production is at the rural areas so we need to really keep up with the call of the time,” he said, adding that the development should be more focused on the need of the commodity.

In the bid to further stimulate growth and development in the rural areas, the DA continues to explore collaboration and partnership especially for its extension initiatives.

Fhexap, for instance, which is accredited under the Agriculture Training Institute (ATI), is being assisted by the DA in terms of “capacitation” especially of women in the rural areas through the agency’s gender and development (GAD) programs.

The association is a non-profit organization composed of coordinators of rural improvement clubs (RICs), GAD and other rural-based organizations in different local government units (LGUs) and that of the DA.

With a vision to be a harmonized, unified and responsive association for the delivery of extension services for farm and home development, Fhexap mainly focuses on women development like assisting them to become entrepreneurs.

Laviña said that, given their entrepreneurial skills and creativity, women also play a vital role in agriculture development.

“They have small hands so it’s easier for them to cook and package things,” she said, adding that they want to see women-members of the association to upgrade their products for distribution in the country and eventually for export.

Laviña also recognized the need for local women organizations to be organized properly so they can get more assistance from the government.

“Through this, it would also be easy to monitor them. The more they are successful, the more assistance will be given to them,” the undersecretary said, assuring that the agency has programs for them like provision of support services, credit and insurance, among others.

Rosemarie Martin, president of Fhexap, said the national congress is aimed at underscoring the agribusiness aspect of the women-groups assisted by the association.

Martin said the activity is more of a sharing, women inspiring their fellow women.

“We thought of reactivating the Home Economics Extension Association of the Philippines mainly to help rural women,” she said, adding that extensionists are geared towards agricultural production development.

Currently composed of over 400 members nationwide, Fhexap goals include to develop programs that support the social and economic needs of the members that shall ultimately benefit rural women.

Aside from sessions and open forums, the activity also includes exhibits showcasing the products of rural-based organizations in the country including those in Negros Occidental.