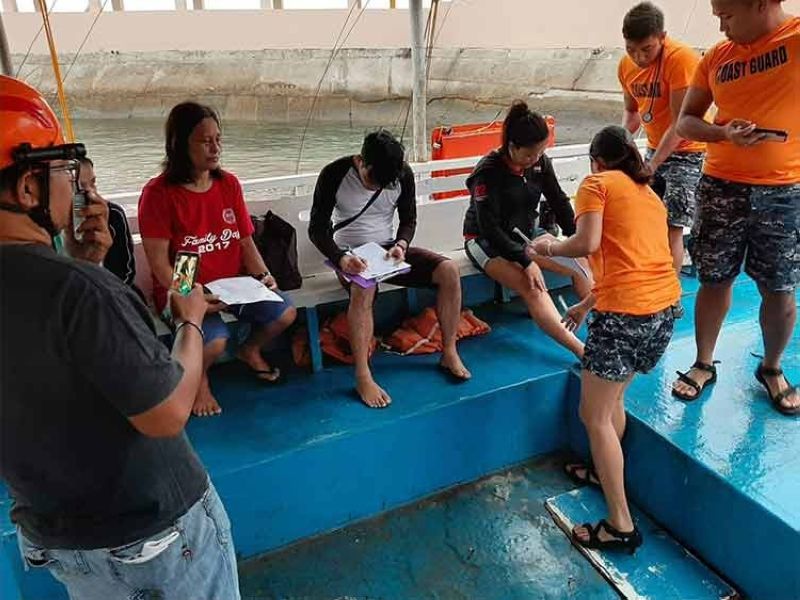 CEBU. Ten people were rescued after the motorbanca they were riding capsized off the coast of Mactan Island. (Photo from the Philippine Coast Guard)

TEN people were rescued after the motorbanca they were riding capsized off the coast of Mactan Island around 4:30 a.m. Wednesday, August 7, 2019.

In his Facebook page, Lapu-Lapu City Disaster Risk Reduction and Management Office head Nagiel Banacia said the 10 passengers reportedly hired an unidentified motorbanca to ferry them from Barangay San Vicente in Olango Island to mainland Lapu-Lapu as they wanted to go back to work.

The motorbanca secretly disembarked from Barangay San Vicente around 4 a.m.

In the middle of its journey to Mactan Island, the motorbanca encountered big waves.

The vessel reportedly conked after seawater reached its engine. Seawater also started to fill the vessel due to the big waves, Banacia said.

Just before the vessel capsized, some of the passengers were able to call their relatives in Barangay San Vicente for help.

After receiving word of the incident, Barangay San Vicente chief Cyrus Eyas initiated a rescue operation along with the Philippine Coast Guard and a private motorbanca, MB Joseph Express.

Banacia said the seven passengers were brought safely to the Hilton Wharf in Barangay Punta Engaño around 6:15 a.m.

But the boatman and his crew, including another lady passenger, went back to Olango Island onboard another motorbanca. (SunStar Cebu)