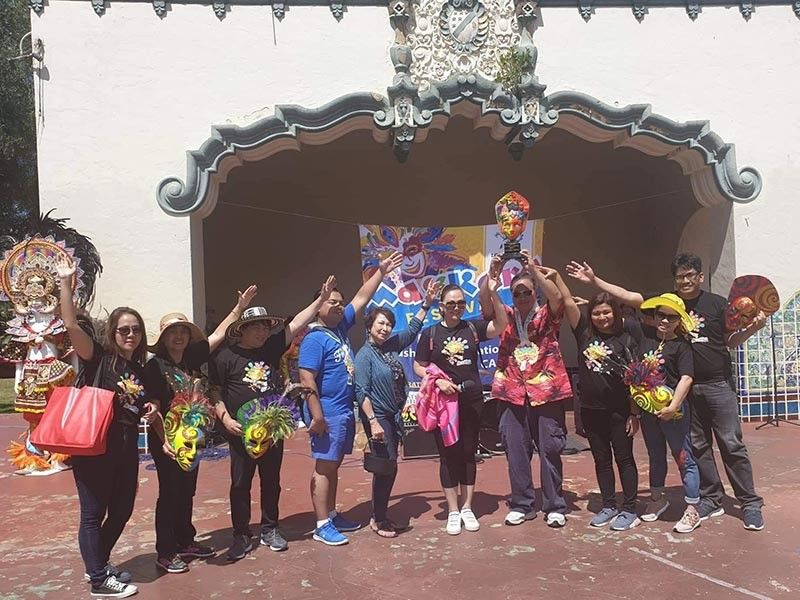 USA. The Bacolod City Trade and Tourism Mission to USA 2019, headed by former councilor Em Ang (6th from left), with Councilor Lady Gles Pallen (3rd from right), presents a token of appreciation from the City Government of Bacolod and Mayor Evelio Leonardia, to the Long Beach-Bacolod Association, headed by Peter Ramirez (4th from right), at the 2nd MassKara Festival in Long Beach on August 4, 2019. (Contributed photo)

FOR the second straight year, the MassKara Festival dancers performed in the City of Long Beach in California Sunday, August 4.

The 10-member MassKara dance group performed for two times at the "2nd MassKara Festival in Long Beach" at the Bandshell at the Recreation Park.

They were well-applauded by members of the Filipino-American community.

They were invited by the Long Beach-Bacolod Association (LBBA), headed by Peter Ramirez.

The cities of Long Beach and Bacolod have sisterhood ties.

The performance of MassKara dancers at Long Beach was part of the Bacolod City Trade and Tourism Mission to USA 2019, headed by former councilor Em Ang.

The MassKara dancers also performed at Disneyland Park in Anaheim.

They were the first Filipino group to perform in Disneyland and also the first mask-based festival in the world to do so.

Prior to the performance at the Recreation Park, they performed at the Gala Night of the "2nd MassKara Festival in Long Beach" at the Marriott Hotel in Long Beach City.

The following day, they performed at the Trade, Travel and Consumer Expo, hosted by the Asian Journal Publications, at the SouthBay Pavilion in Carson City.

For the San Francisco leg, they were invited by the Rotary Club of Daly City Colma Evening, through its president-elect, Leila de la Peña-Marin, who is from Bacolod City. (PR)