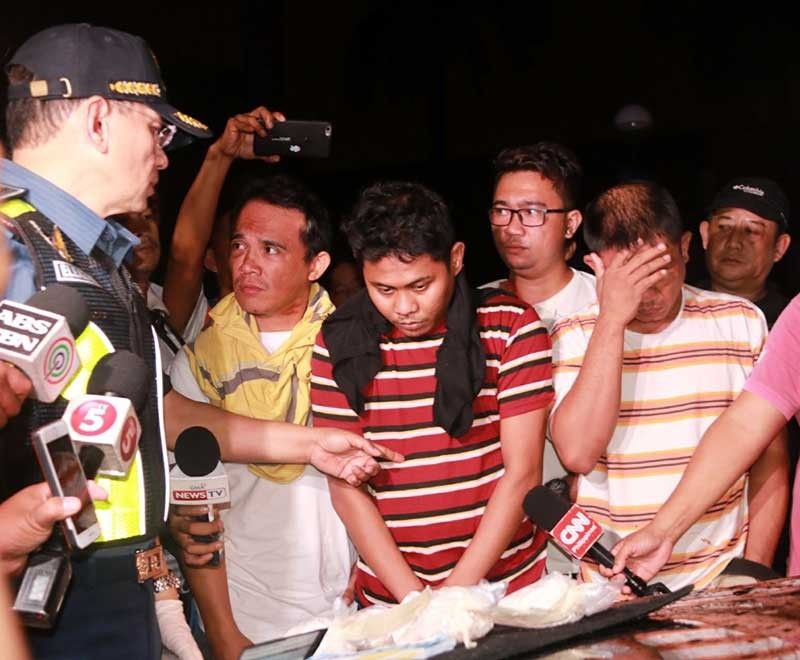 THREE suspects who yielded P3.4 million worth of methamphetamine hydrochloride (shabu) were arrested in a drug bust in Pasay City on Wednesday morning, August 7.

National Capital Region Police Office (NCRPO) Director Guillermo Eleazar said the suspects were arrested in a drug bust conducted around 1:45 a.m. at the parking area of the Harbor Square which is just across the Cultural Center of the Philippines in Pasay City.

“The suspects received the marked money from the undercover agent of RDEU NCRO in exchange (for) 200 grams of plastic ice pack containing white crystalline substance suspected to be shabu amounting to P250,000 on board their vehicle,” he said.

He said the operation was initially set in a condominium in Parañaque City but the suspects changed the meeting place as it was near the NCRPO headquarters in Taguig City.

Eleazar said the illegal drugs were reportedly from Cavite City and the group allegedly operates in the southern part of Metro Manila.

“Their modus operandi is to deliver illegal drugs to the pushers who are mostly tenants of different condominiums in Metro Manila. Condominuims are used as their safehouses or hideouts to protect and avoid any detection of their illegal activities due to tightened security measures,” he said.

The seized pieces of evidence were immediately brought to the PNP Crime Laboratory Office for qualitative examination. (SunStar Philippines)