Beijing beats both old and new 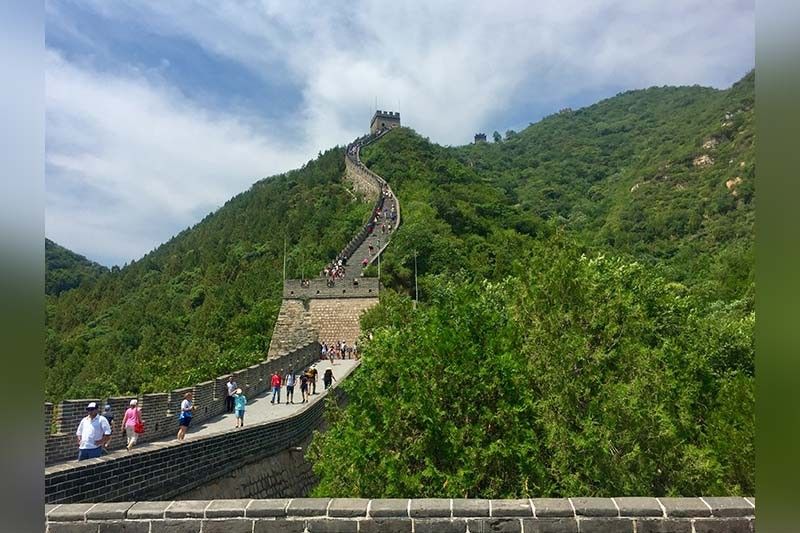 RECORD HOLDER. The Great Wall of China, a Unesco World Heritage Site, is undoubtedly one of the country’s famous historic structures. It is the world’s longest wall measuring 21,196.18 kilometers. (Photo by Carlo S. Lorenciana) 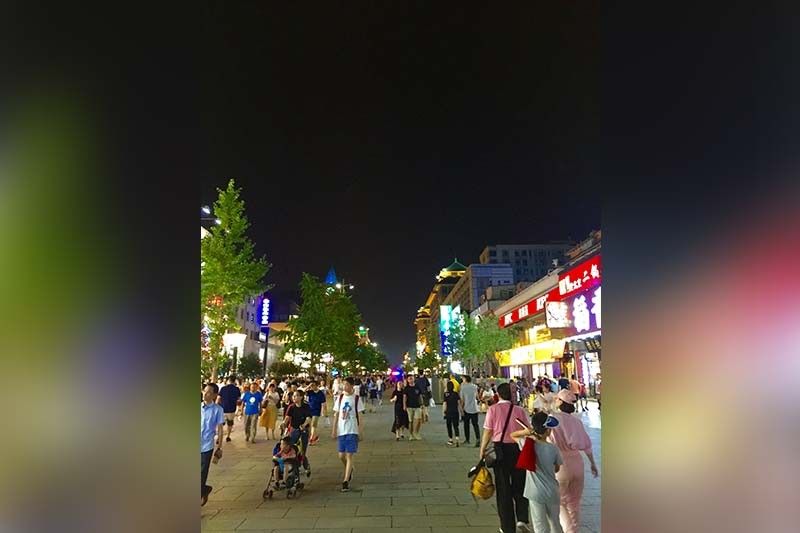 Wangfujing Street is more lively at night. Its vibe is very much like Nanjing Road in Shanghai. (Photo by Carlo S. Lorenciana) 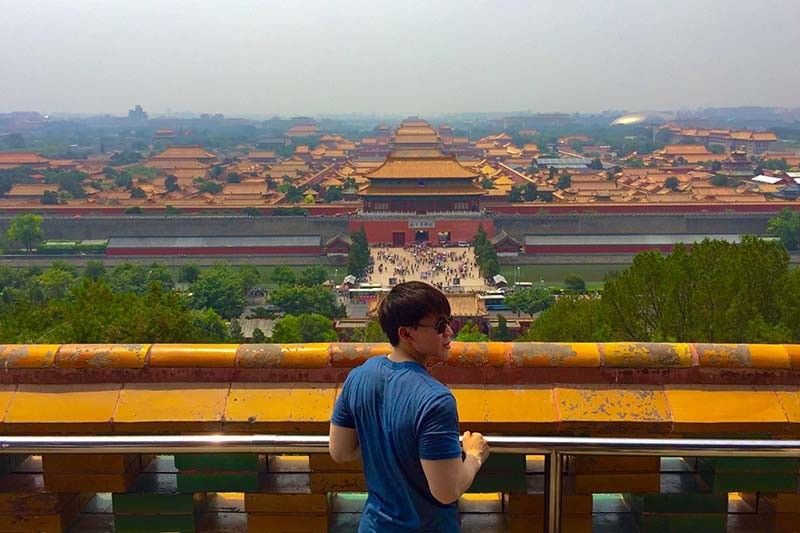 UNMATCHED. The best place to get a bird’s eye view of the Forbidden City is from the top of Jingshan Park, just north of the palace complex. (Photo by Carlo S. Lorenciana) 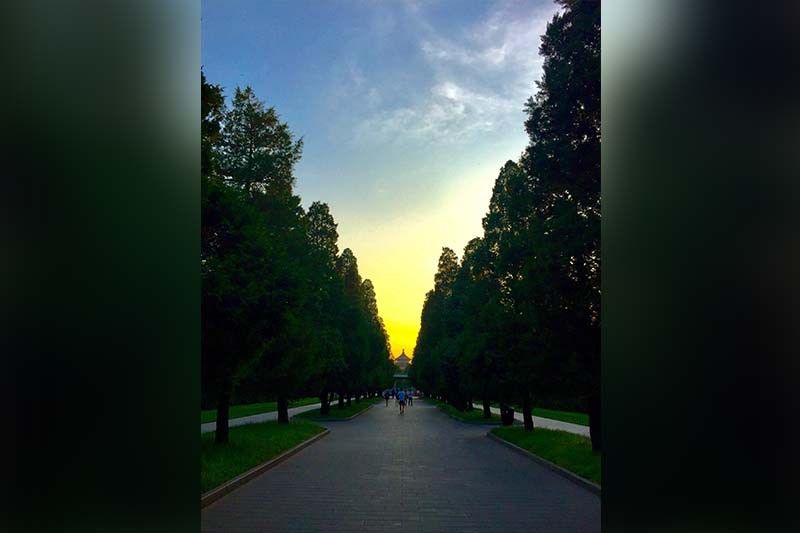 TRANQUIL. The view from the entrance area of the Temple of Heaven. It’s a great place for spiritual retreat. (Photo by Carlo S. Lorenciana) 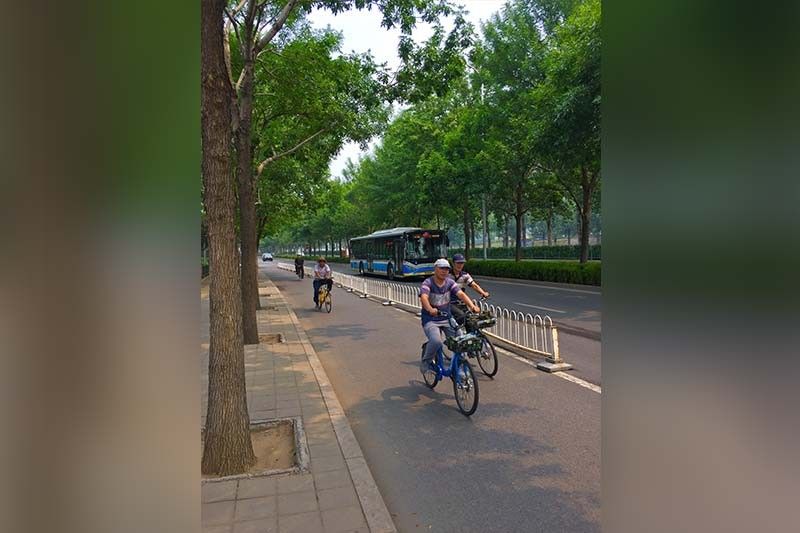 ON TWO WHEELS. Beijing is a city of bikes. They can be found in almost every corner of the city, allowing locals to use them as mass transport in addition to buses, taxis and the subway. (Photo by Carlo S. Lorenciana) 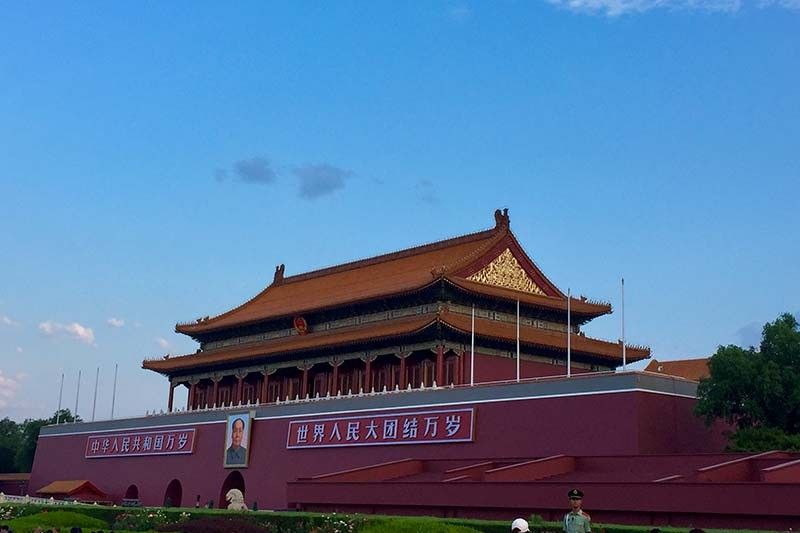 TIANANMEN SQUARE, the world’s largest inner-city square, was designed to hold a million people and became the center of communist China. (Photo by Carlo S. Lorenciana) 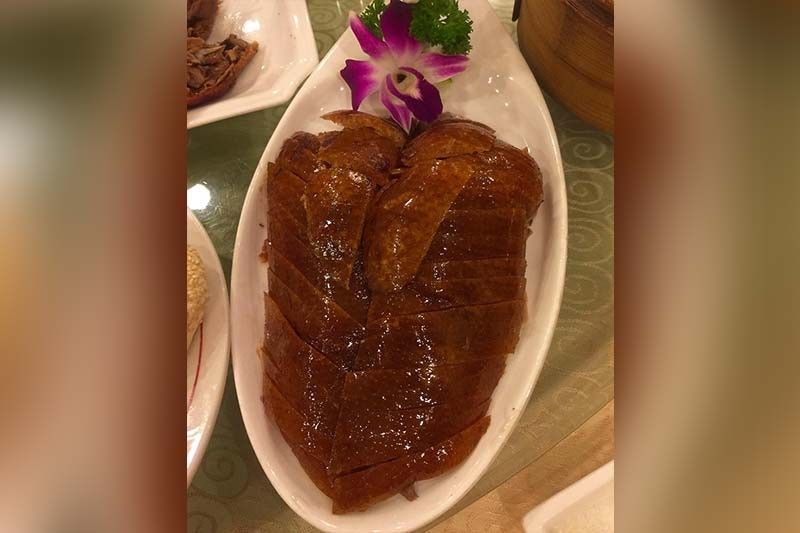 CHINA, with its intimidating size and varied geography, overflows with beautiful places to visit.

You have the futuristic skyscraper forest in Shanghai, the mind-boggling and archaeologically arresting Terracotta Warriors in Xi’an, and the towering limestone mountains of Guilin.

With more than 1.3 billion people, getting to know the country can, well, take a lifetime – it’s an endless discovery.

To get a glimpse of what China’s about, head on over to its pulsating capital, Beijing.

Luckily, I was among 21 journalists from Asian and European countries who went to Beijing for a seminar hosted by China’s Ministry of Commerce.

While I learned much about the country from the courses offered, I also got to experience life in Beijing for about three weeks, discovering some of the finest remnants of China’s imperial past preserved in the city.

Like any other Asian city, Beijing is fast-paced, modern, efficient and economically advanced. While buzzing with modernity, it offers an eclectic mix of old and new.

It’s a city of glorious imperial history, towering skyscrapers, cutting- edge architecture, leafy parks, time-honored tourist sites, luxurious shopping malls and an overwhelming variety of restaurants and bars. Name it. This city has it all.

Amid complex modernity, there’s organic growth on a human scale. Everyday, life in the metropolis of more than 20 million people unfolds with perplexing variety. From the impressive structures and size of the Forbidden City to the hectic bar street at Sanlitun, Beijing overflows with a unique charm unlike no other city, getting visitors to lose themselves in its fast-paced life.

With stunning ancient temples, grand tourist sites and gourmet restaurants, there are plenty of reasons why travelers should pay a visit to one of Asia’s oldest ancient cities.

Beijing boasts of many magnificent sights that have set world records, including the Great Wall of China, being the longest man-made structure in the world; the Forbidden City or the Palace Museum, the largest and best preserved ancient architectural complex in the world; and Tian’anmen Square, the largest city square in the world.

The city is home to majestic ancient temples like the Temple of Heaven, where emperors performed solemn rituals for bountiful harvests; the Summer Palace, a vast collection of lakes, gardens and palaces; and the Ming Tombs, the mausoleum of 13 emperors of the Ming Dynasty.

Be amazed by its ancient architectural treasures that have seen the rise and fall of many dynasties; as well as its exquisite yellow-tiled temples and majestic imperial buildings that are perfectly preserved in shades of gold and blood red.

Hutongs, small lanes and streets that often house traditional courtyard residences, are an integral part of Beijing’s local culture. This is where you will see how commoners live. It is the way the old Beijing used to be, presenting a window into the Chinese traditional way of life.

Shopping? Well, this city hits it big time! Consumerism is something Beijing is not unfamiliar with. Modern Beijing trades everything from knock-off designer goods to high-end electronics. Grand shopping malls, busy night markets and designer boutiques are scattered throughout the city, particularly in its famous shopping districts, including Wangfujing Street, Qianmen Street and Sanlitun.

A trip to Beijing isn’t complete without trying its local food, especially the famous Peking duck, its signature dish. You can also indulge in food from other provinces of China as well as exotic cuisine. The best way to eat Peking duck is to have it with scallions, mashed garlic and hoisin sauce wrapped together in the thin pancake it is served with.

My trip to Beijing was my fourth and longest stay in China so far. I had visited other Chinese cities like Shanghai, Hangzhou and Shenzhen – all fast and efficient urban hubs. While each of them has its own unique characteristics as a tourist destination, they’re all at the same pace of development, giving one a glimpse of the progressive nation that China is today. To some extent, you get to appreciate the country better, its people and understand why China has brought herself to become the world’s second biggest economy today.