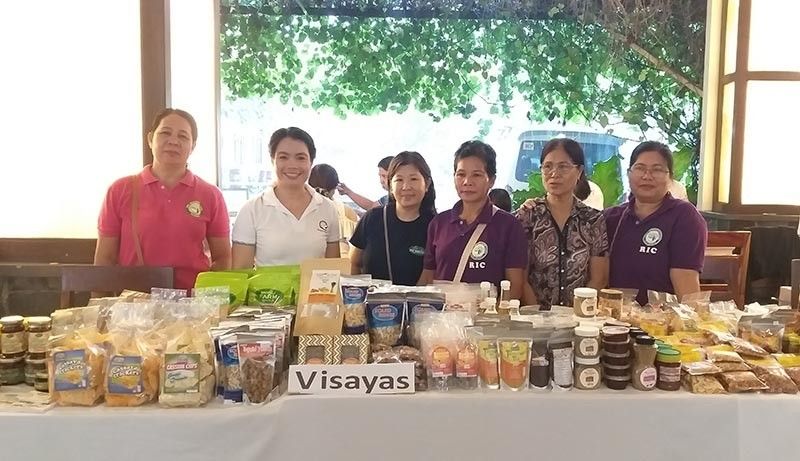 BACOLOD. Some of the members of various rural improvement clubs in Negros Occidental are getting boost through a product exhibit at the ongoing 5th Farm Home Extensionist Association of the Philippines National Congress at the Nature's Village Resort in Talisay City. These women-members are being assisted by Fhexap to become entrepreneurs. (Erwin P. Nicavera) 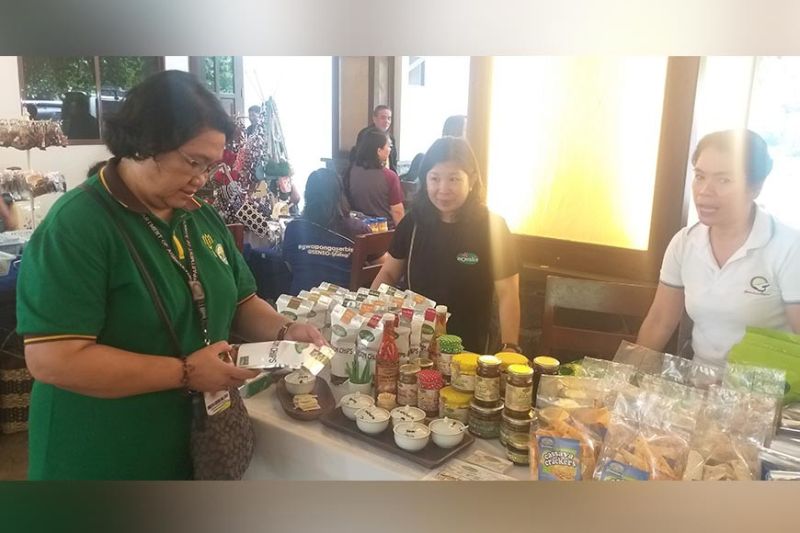 THE Department of Agriculture (DA) in Western Visayas has remained optimistic to achieve its rice yield target of five metric tons per hectare amid calamities that hit the region this year, its top official said.

Recoter said the El Niño phenomenon during the first half of the year resulted in reduction in planted areas as some farmers were not able to plant.

"It will most likely spill over next year," she said, adding that "with rainy season prevailing now, although the planting was delayed, hopefully we can make it up this year by the provision of high yielding varieties."

The recent El Niño phenomenon has brought about P1 billion worth of agricultural production losses in the region.

Of which, bulk accounts for affected farmers in Iloilo. In terms of crops, the biggest amount of losses was noted in rice.

Recoter said the rice sector is vulnerable to effects of the phenomenon as the crop requires water.

In Western Visayas, the ratio for rain-fed and irrigated areas for rice is 60-40.

This means that of about 300,000-hectare rice production areas in the region, 180,000 are still dependent on rains.

Recoter said the agency would like these areas to be irrigated through small scale irrigation projects.

Probably, she said, the National Irrigation Administration would come up with communal or national irrigation system.

DA-Western Visayas's provision of hybrid seeds has actually spilled over this year.

These are supposed to be planted in 2018 thus, more hybrid seeds are expected this year.

Recoter said as rainy season prevails, the planting in the region will be 100 percent by this month.

"So by October and November, hopefully there's an additional one metric ton per hectare yield," she said, adding that "unless there will be no major calamities like typhoons."

Meanwhile, the recent onslaught of Tropical Storm Falcon and Southwest Monsoon has "minimal" effect to the region's rice sector.

Affected farms are those that have planted directly (sab-og) so they can still recover by planting again, the official also said.