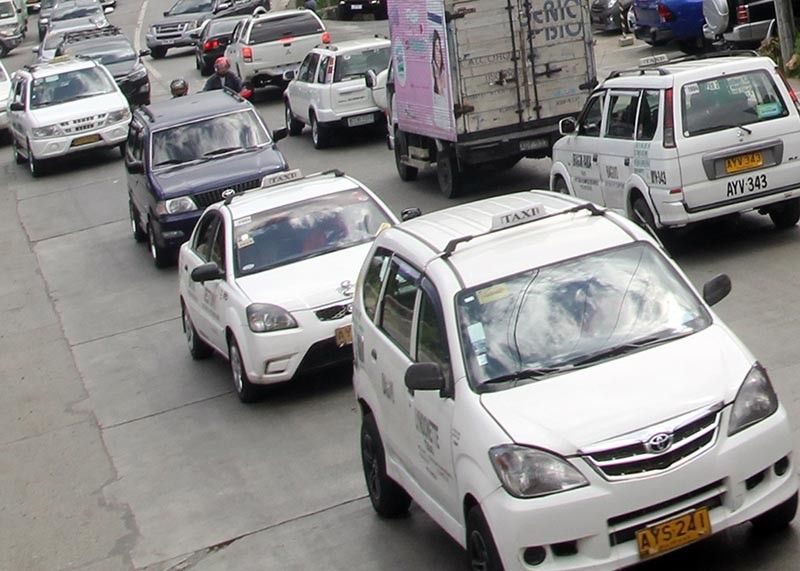 BAGUIO. With the proposed additional 400 taxi franchise by the Land Transportation Office in Baguio City, lawmkers expressed opposition as it would swell existing traffic and parking problems of the city. (Photo by Jean Nicole Cortes)

THE Baguio City Council on Monday, August 5, passed a resolution opposing the implementation of memorandum circular number 2019-016 of the Land Transportation Franchising and Regulatory Board (LTRFB) opening of additional taxi franchises for Baguio City and La Trinidad, Benguet.

Councilor Joel Alangsab said the additional taxi units will swell the existing traffic and parking problems of the city considering the memorandum entails increase in the number of vehicles.

Alangsab said a perceived increase in the demand for taxi service in the city can never be attributed to the shortage and decrease in number of taxi units, but to the heavy traffic brought by the voluminous number of vehicles plying the city roads, the narrow condition of the city roads and lack of sufficient parking.

The local lawmaker explained existing taxi units can still service the city even with the increase in population, growth of tourism industry, cancellation, expiration and abandonment of Certificate of Public Convenience (CPC).

Last week, Baguio City Mayor Benjamin Magalong urged the LTFRB to immediately revoke the 400 taxi franchises that it previously opened for interested applicants in the city because of its expected serious repercussions to the current traffic woes of the city.

The local chief executive questioned the wisdom of the LTFRB in unilaterally approving the opening of the taxi franchises in the city without coordinating with the local government on whether or not there is still a need to open more taxi franchises for applicants of taxi units in the city.

“LTFRB is not the one managing the traffic in our city that is why it should be inherent on the regulatory body to first coordinate with the local government to evaluate and assess whether or not there is still need for more taxi units to ply the city’s limited routes,” Magalong said.

Based on the data obtained from the LTFRB, there are some 5,215 registered public utility jeepneys, 3,246 registered taxis, 459 public utility van express and 345 buses. (Maria Elena Catajan/With a report from Baguio City Public Information Office)