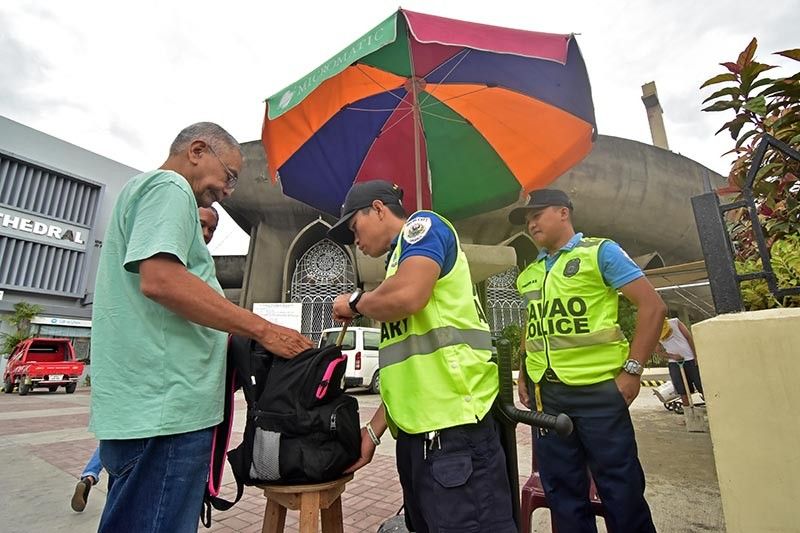 AFTER the Davao City Council passed a resolution declaring San Pedro Square a “maximum security zone,” non-transparent garbage bins will be prohibited within the area.

Task Force Davao commander Colonel Consolito Yecla said all garbage bins within the area will be transparent to make sure it will not be used as hidden areas for explosive devices.

“We will only allow transparent bins, and the vendors will be having a big containment item or box to ensure there will be no loss of items,” Yecla told reporters.

He also said the area will also be prioritized in the garbage collection.

The resolution was passed on Tuesday, August 6, under suspended rules.

According to committee on peace and public safety chair Councilor Mabel Acosta, this was due to a resolution passed by the City Peace and Order Council on May 6 this year, proposing the San Pedro Square to become a maximum security zone.

Acosta, the resolution proponent, said having the area under the maximum security zone "will promote the 'Culture of Security' among the Dabawenyos who capitalize their resiliency and ability to collectively work in addressing the threats to the community".

According to the resolution, a maximum security zone is an area to which access is controlled through an entry point and limited to authorized, appropriately screened personnel and authorized and properly escorted visitors, and monitored 24 hours a day, seven days a week by peace-keeping forces.

"Whereas, the maximum security zone is where the seven areas of vulnerability are effectively addressed such as the no backpack policy, no jacket policy, no non-transparent water containers policy, no non-transparent garbage bins/garbage bin protective walls policy, policy on see-through plants/shrubs or trimming of shrubs, policy on inspection of vendors’ stalls and boxes, and policy on 50-meter buffer zone or protective wall and no parking in crowded areas," the resolution reads.

Acosta, in an ambush interview, said the public has nothing to worry about since some of the policies included in the guidelines were already implemented prior to the implementation of the “maximum security zone”, particularly, the No Backpack Policy, and the No Jacket Policy.

"The policy is more concerned with the strict implementation, especially with the people around the area including those selling flowers, and the carenderias near the Sangguniang Panlungsod (City Council) and the City Hall," Acosta said.

The councilor is also eyeing to have the resolution passed into an ordinance to institutionalize its implementation, and consult other stakeholders through committee hearing.

Yecla, meanwhile, said stricter security implementations will be enforced in these areas during big events, such as Kadayawan and the Araw ng Dabaw.

He said TF Davao will be in coordination with the Philippine National Police, other auxiliary agencies, and event organizers to ensure that there will be proper coordination.

On the No Jacket Policy, he said they will still impose special considerations and exemptions, especially those who have serious illness, providing that they will remove it during inspection.