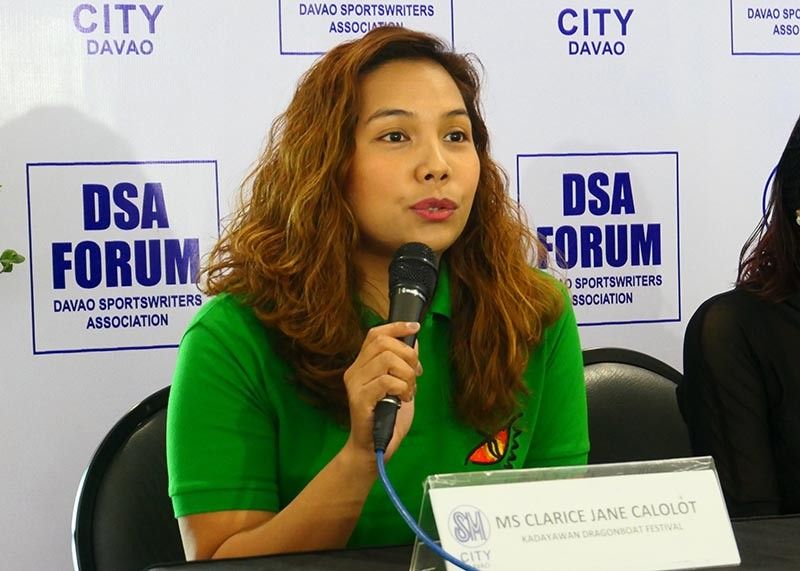 EXPECT non-stop action as over 700 paddlers from 21 teams in the country will compete for honors in the 34th Kadayawan Dragon Boat Festival 2019 set Saturday and Sunday, August 10 and 11, at the Sta. Ana Pier in Davao City.

Clarice Jane Calolot, who was a guest in the Davao Sportswriters Association (DSA) Forum at The Annex of SM City Davao Thursday, August 8, said the PNP Maritime is not seeing action this year.

“This is going to be an intense race. Mas maganda ang labanan kasi puro club teams,” she said of the annual tournament that is part of the official Kadayawan Festival events.

The first day, according to Calolot, will be the 400-meter races while the second day will be the 200m races followed by an awarding program.

She added that as of Thursday, the event “is still a go” as they are closely coordinating with the Philippine Coast Guard on the water condition amidst the moonsoon waves being experienced in the city.

The no-vest, no-race will also be strictly implemented in the competition sanctioned by Philippine Canoe Kayak Dragonboat Federation.