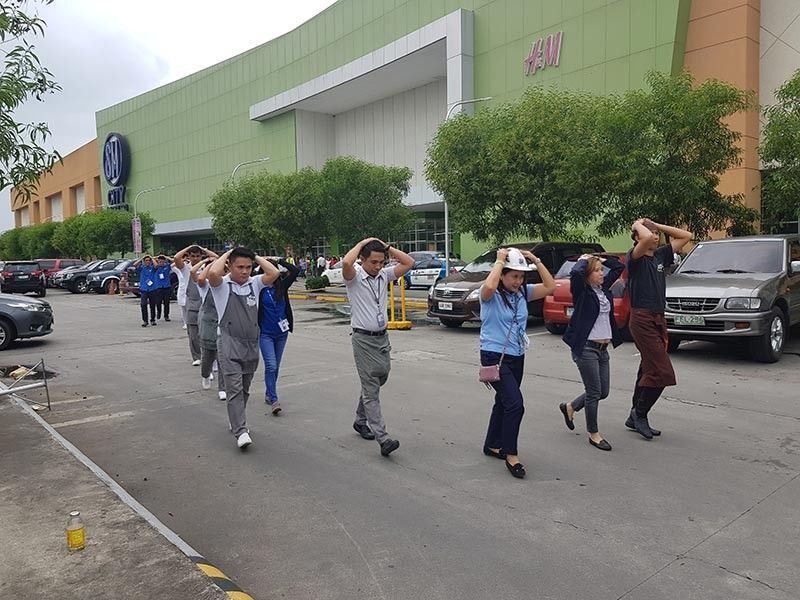 BACOLOD. Employees and mallgoers exit SM City Bacolod and are directed to the mall’s command center during a simulation for the national earthquake drill, the third one held nationwide this year. 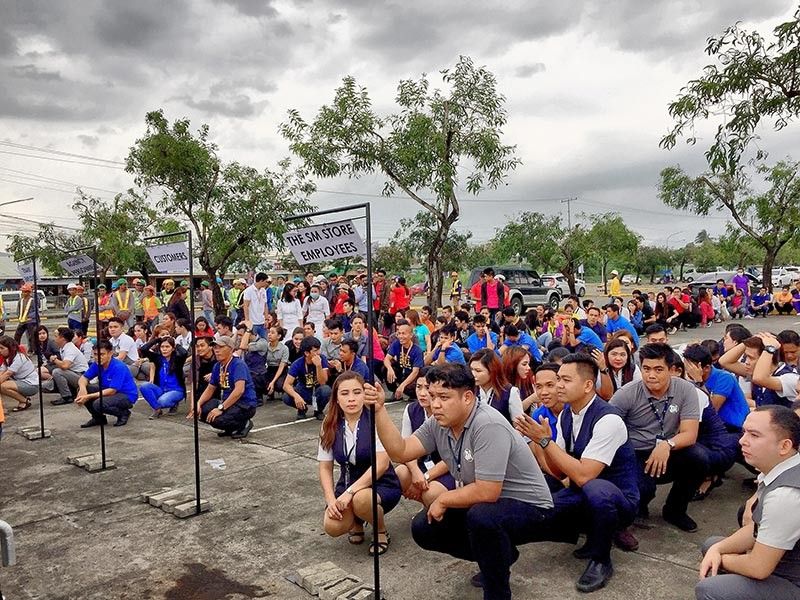 BACOLOD. Participants wait at the SM command center for the safety signal before returning to work, meanwhile, normal mall operations remain unhampered for customers during the 15-minute exercise.

THE SM Supermalls and properties of the SM Prime Holdings all over the country participated in the National Simultaneous Earthquake Drill (NSED). This is the third NSED exercise this year, initiated by the National Disaster Risk Reduction and Management Council (NDRRMC). Held nationwide Thursday, August 8, the drill started at 2 p.m. and lasted for about 14 minutes from evacuation to the headcount of participants.

A total of 528 were recorded at the drill, composed of mall and tenant employees, security and agency personnel, contractors at the ongoing hotel construction within the mall’s premises, and even some mallgoers.

This same drill was also joined by local government units, the business sector and schools, as encouraged by the NDRRMC, in coordination with their local counterpart offices, the Bureau of Fire, Philippine National Police, Red Cross of the Philippines, non-government organizations involved in disaster rescue and response and aligned volunteer groups. The NSED is carried out during the day to simulate the normal hours conducted by business establishments and schools to raise public awareness for disaster preparedness.

During Thursday’s “earthquake,” SM City Bacolod activated its Emergency Response Team, where the different units carried out their functions in response and clearing, setting up command centers, communication, traffic and customer management, rescue, extraction and treatment of injured personnel.

Aside from this national participation, SM malls also regularly conduct internal disaster preparedness seminars for all personnel employed in the mall and its tenant stores throughout the year. The topics cover incidents on possible scenarios that can occur. For earthquakes, the mall promotes duck, cover and hold as the first safety response an individual can practice. (PR)