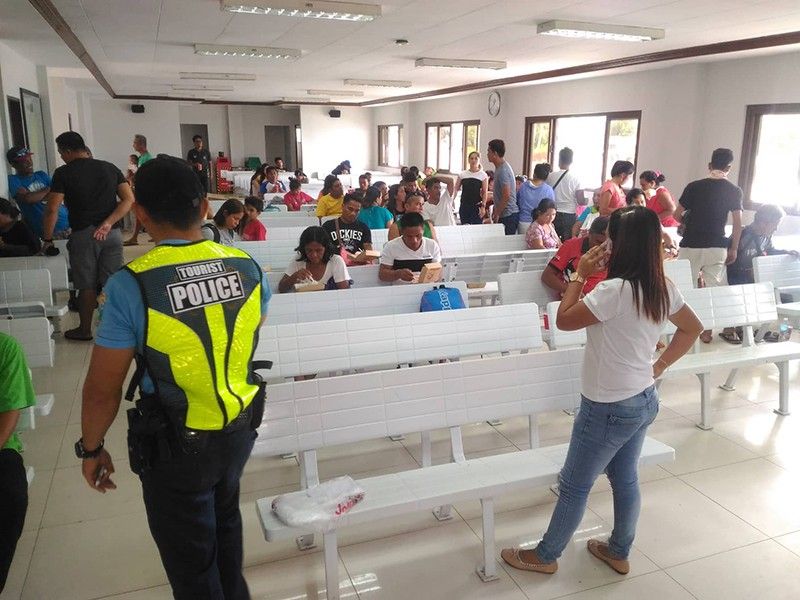 THE Naval Forces Central (Navforcen) has been asked to ferry stranded passengers in Lapu-Lapu City to Olango Island.

According to Lapu-Lapu Mayor Junard Chan, around 218 passengers have not been able to make the crossing since Sunday, August 4, 2019. He said they have been going to the port in Angasil in Barangay Mactan every day, hoping to catch a trip.

Chan said the number goes down at night, though, because some of the passengers go home and return the next day.

The mayor also asked the Navforcen to ferry residents of Olango Island who are employed in the mainland or who need to purchase foodstuff.

Many of Olango’s 50,000 residents have not been able to report to work since trips were suspended because of the bad weather.

This was one of the reasons 10 persons had to be rescued last Wednesday, Aug. 7. They hired an unidentified motorbanca to ferry them across to mainland Mactan. They left in secret, in the middle of darkness, around 4 a.m. In the middle of their crossing, though, big waves battered them. Water got into the engine, causing it to conk out. Then the vessel capsized.

When the weather bureau Pagasa issued a gale warning last Saturday, Aug. 3, the Philippine Coast Guard allowed only vessels with over 250 gross tonnage to make the crossing. Operations of motorbancas and roll-on roll-off vessels were temporarily suspended.

The mayor said the City Government has provided food to the stranded passengers.

He also plans to load rice and canned goods on the Navforcen vessel so these can be distributed to fishermen and boat operators in Olango Island who have been affected by the weather in the last five days.