CCTO cracks down on overnight parking 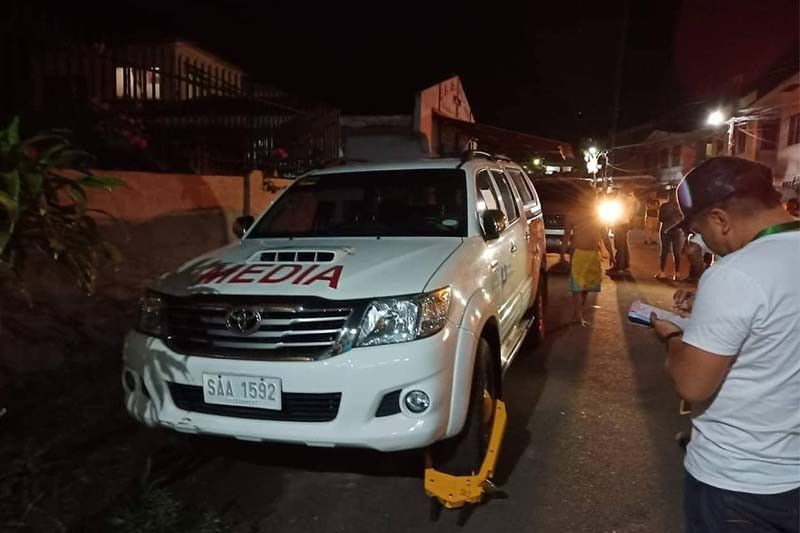 NO EXCEPTION. Members of the Cebu City Transportation Office clamp a vehicle belonging to a government-owned television network as the traffic office goes after violators who defy the prohibition on overnight parking. (Photo grabbed from CCTO’s facebook page)

AROUND 200 vehicles, including the vehicle of a government-owned television network, were clamped for obstruction after the Cebu City Transportation Office (CCTO) conducted an operation past midnight on Thursday, Aug. 8, 2019.

The presence of the vehicles constituted overnight parking, which is not allowed.

“We don’t want to cause an issue if we will make exemptions,” he said.

Bayarcal explained that a clamped vehicle is not necessarily towed immediately.

The owner must go to the CCTO office with the citation ticket for overnight parking and the payment of P1,500. Failure to do so within eight hours means the vehicle will be towed, which is another violation. The towing fee is P1,500, Bayarcal said.

The owner can claim the vehicle in the area where it is clamped since there is somebody stationed there to release the vehicle.

Most of the clamped vehicles were cars that parked by the roadside or on the sidewalk. Two were dump trucks.

Bayarcal said conducting the operation was a challenge since the CCTO has limited resources. It has only one towing truck and it doesn’t have a private towing firm as a partner, he said.

He said his office has only 50 personnel to conduct operations, and only a few of them are regulars.

“Kung naa mi operations, kami gyud na tanan apil (When we have operations, all of us participate),” he said.

As chief of operations, he also appealed to CCTO personnel if they could conduct the operation at night so they could immediately address the complaints.

The fire bureau in Cebu City has been complaining that there are areas in the city they can barely pass when they respond to emergencies because of parked vehicles.

Bayarcal assured that their operation will continue as long as the CCTO personnel can do the job.

“Basta di lang mamatay ang taw, padayon ta (As long as people don’t get killed, we will continue with the operation),” he said.

A vehicle parked on the road past midnight will immediately be clamped. The CCTO will make a public address only if the operation takes place during daytime.

Bayarcal said owners are taking a risk if they park their vehicles on sidewalks and by the road.

Thursday’s operation was in line with the directive of President Rodrigo Duterte through the Department of the Interior and Local Government to clear all public roads of obstructions.