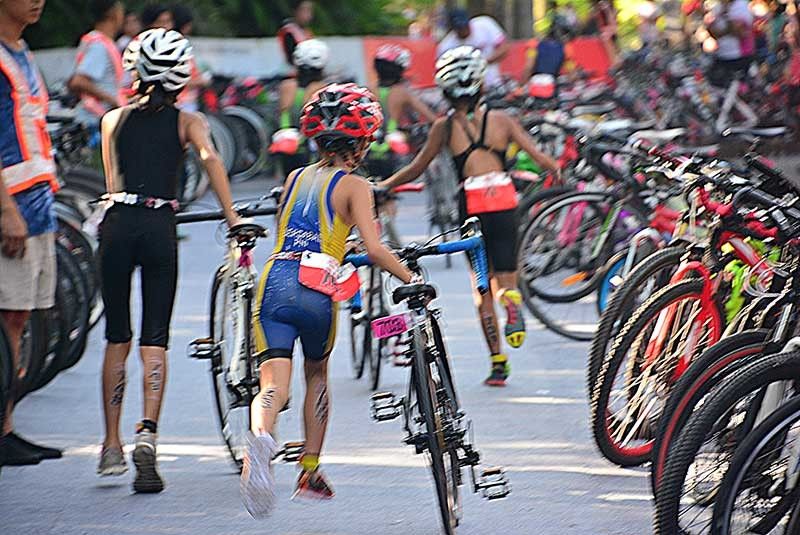 EARLY START. Some 400 participants will have a taste of world-class triathlon competition when they compete in the Alaska IronKids. (SunStar file)

CEBUANA junior triathlete Moira Frances Erediano will aim for a fitting end to her IronKids Philippines career as she competes for the last time on Saturday, Aug. 10, 2019 at the Shangri-La’s Mactan Resort & Spa in Lapu-Lapu City.

The 14-year-old pride of Lapu-Lapu City is a four-time IronKids Philippines champion and has always been a force to be reckoned with since her debut in the nationwide Under-14 triathlon race in 2014.

Erediano of Talisay City Luigi Triathlon Group (TLTG)/Go For Gold won the IronKids titles in 2016, 2017 and 2018. The races were in Cebu, Davao and Subic.

For her last year, the Grade 9 student of Sacred Heart School-Ateneo de Cebu Erediano will defend her crown against the top junior triathletes in the girls’ 13 to 14 division.

“We are always doing our best and always pray for excellent results,” Erediano’s father, Fritz, told SunStar Cebu. “We are 100 percent ready for the race. She’s training six times a week.”

The younger Erediano recently flexed her muscles in the Triman Triathlon 2019 in Clark, winning a sprint race weeks before the IronKids Philippines.

TLTG will be in full force as they will field a total of 34 triathletes to vie for crowns in different age groups.

Erediano will be joined by Jeanna Mariel Cañete, Kendra Leigh Cabando and Reece Dominique Polinar in the girls’ 13 to 14.

The Alaska Fortified IronKids Philippines will have about 400 participants.

“It’s the perfect sport for children to develop their endurance, strength, make friends and experience the fun of healthy competition,” said Princess Galura, the general manager of Sunrise Events Inc.

“The Alaska Fortified IronKids encourages families to learn the importance of a healthy and active lifestyle together. Alaska wants children to drop their game consoles and gadgets and encourage them to swim, bike and run out in the sun,” said Harvey Uong, the marketing and business development director of Alaska Philippines.