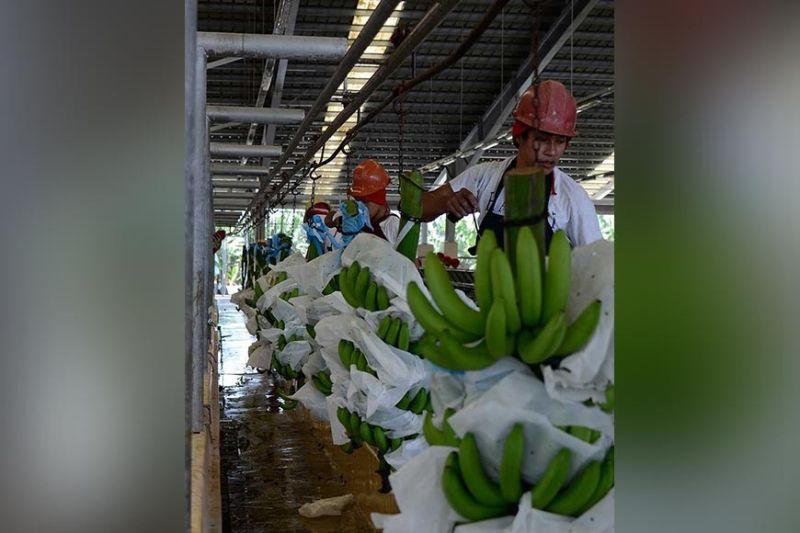 BECAUSE of the Panama disease (Fusarium Wilt) affecting at least 300 hectares of banana plantations, banana packing houses in Sto. Tomas, Davao del Norte have decided to shut down.

“There’s alarming situation. It’s not due to the price but due to production. Barangay Talomo has become a ghost barangay. There’s no more bananas coming in to packing houses,” Sto. Tomas Councilor Dario Romano said in a statement.

Packing houses that have decided to quit operations were located in Barangay Kimamon, Talomo, and Lungaog while the banana plantations in Barangay Luna are also being affected by the Panama disease.

Romano said the decrease of good banana harvest has left the growers with lesser money to fund for the protection of their plantations. Romano pushes for the establishment of soil and plant laboratory as well as the deployment of soil and banana technicians as a solution to the growing problem.

As for his side, Pilipino Banana Growers & Exporters Association (PBGEA) Executive Director Stephen Antig said he understands this dilemma as containing Panama disease is expensive and may be extra challenging for smaller scale banana farmers.

“It’s really expensive to contain Panama disease. You would need replanting and great amount of disinfectant...Once your farm is affected by this, the farmer really needs to go through rigorous process of making sure the disinfectant and the containing of the disease is maintained. My suggestion is to plant other varieties of banana like the GCTCV-218 variety that is somehow more resistant of the Panama disease,” said Antig in a phone interview with SunStar Davao yesterday.

He advised farmers to be extra vigilant in purchasing GCTCV-218 and make sure that the bought variety is really a certified tissue-cultured seedling as there are deceitful sellers around.

As for the members of PBGEA, Antig said Panama disease is still a prevalent problem however they have internal control system and their own protocol and resources to contain the disease.

As containing Panama disease is expensive, Antig advised small-scale banana farmers who are having problems financially to approach the LandBank of the Philippines for agricultural loans so they can be assisted.