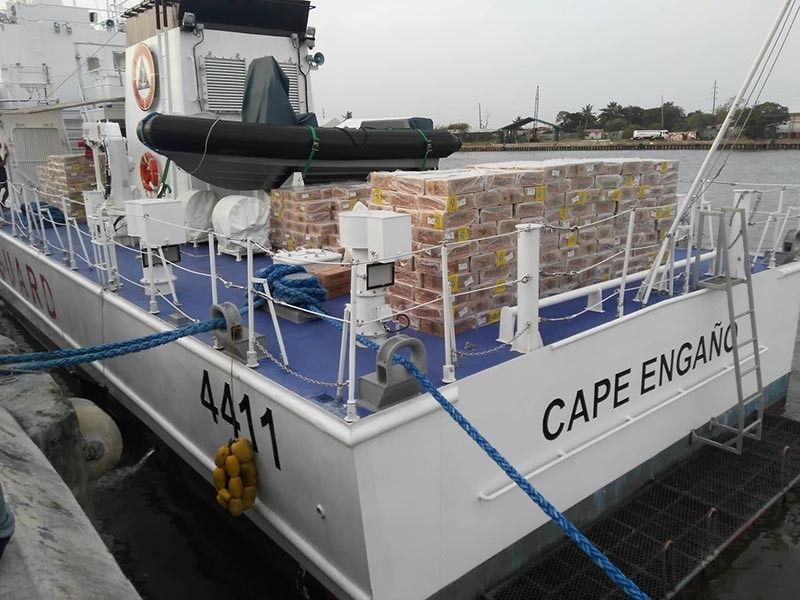 ILOILO. The Philippine Coast Guard's BRP Cape Engaño is set to deliver boxes of food packs of residents of Carles town who have been isolated for almost a week now due to inclement weather. (Leo Solinap) 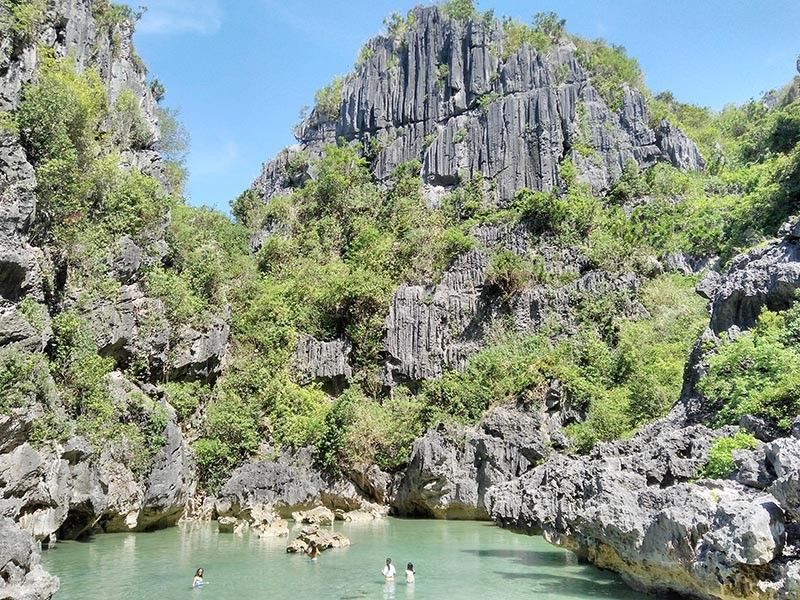 ILOILO. Tangke is a natural saltwater lagoon located in a hidden spot behind of Isla de Gigantes Sur. (Leo Solinap)

EIGHTEEN islands in Iloilo, including the famous Islas de Gigantes in Carles town, have been isolated since August 3 when gale warning was issued, suspending trips of all sea vessels due to bad weather.

The weather condition, which caused the suspension of trips, has affected around 18,000 households and stranded 100 tourists. This prompted Carles Mayor Siegfredo Betita to declare a state of calamity Thursday, August 8, 2019.

Betita said aside from the 18 island barangays, at least 15 villages in the mainland Iloilo were also affected by the suspension of trips imposed by authorities.

The families, he said, are calling for assistance, especially food, as their livelihood, which is fishing, has been affected.

Betita said the Gigantes Islands, which has been popular for its natural saltwater lagoon called Tangke, was the first to be affected by the cancellation of fishing vessels.

But he said the local government unit of Carles is now preparing about 250 goods to be delivered to the affected residents.

He said he also sought the assistance of the Department of Social Welfare and Development (DSWD), Municipal Disaster Risk Reduction Management Office and Office of Civil Defense to provide vessels who can transport the stranded passengers to the mainland.

“Hindi lang sila madudla magkadto sa Carles. The municipality will continue to cater them and protect them,” he added.