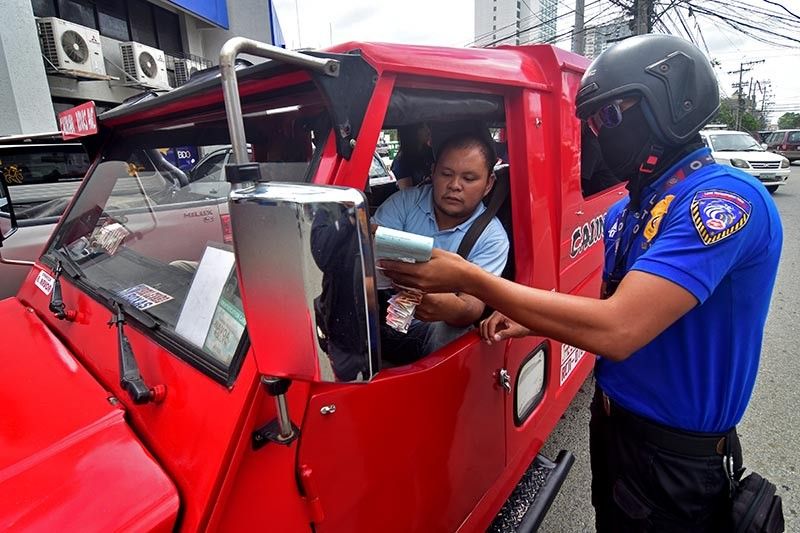 THE Land Transportation Office (LTO)-Davao apprehended 10,000 motorists in the region from September 2018 to July this year.

LTO assistant regional director Neil Cañedo said these violators were caught by a high-end speed gun by the LTO traffic enforcers, as part of the agency’s “No Contact Apprehension” policy.

Under the policy, LTO utilizes closed-circuit television (CCTV) cameras, digital cameras and/or other gadgets or technology to capture videos and images to apprehend vehicles violating traffic laws, rules, and regulations.

Cañedo said violations will depend on the area wherein violators were apprehended.

For instance if they do apprehension in Davao City, they will apply the city’s Executive Order (EO) 39, also known as the Davao Speed Limit Ordinance and if outside the city, they will implement the provision of Republic Act (RA) 4136 or the Land Transportation and Traffic Code, he added.

Through this, he said it will reduce the possibility of extortion and other corrupt practices.

He said these guns will detect the identity of the violator through the Quick Response Code (QR Code) built in the motorist’s plate number, which will reflect on the LTO’s Motor Vehicle Registration System (MVRS) or Driver’s Licensing System (DLS).

Violators will know their violation, which is recorded on video, during their renewal of licenses.

He said the agency is still sourcing for funds for its procurement, adding, however, that they have shortage of manpower to enforce the speed limit.

“Ang gusto nako mahitabo (nga) bisan naa or wala ang enforcer, ma-enforce jud unta ang speed limit para wala’y problem (What I want is that motorists should respect the speed limit enforcement, whether there is an enforcer or not, so that they will not have any problem in their renewal),” Cañedo said. RGL