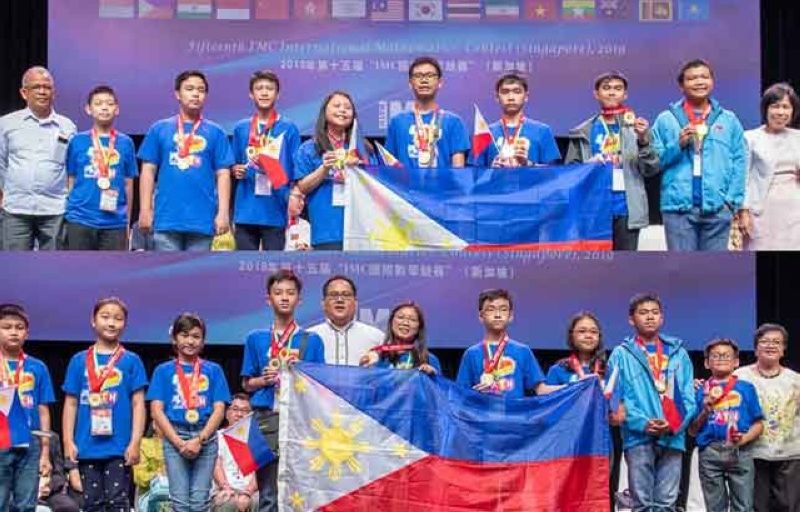 AT LEAST two young mathematicians from Eastern Visayas won gold and silver at the prestigious 15th International Mathematics Contest (IMC) held from August 2 to 5 in Singapore.

The mother and son tandem was also champion in the Regional Round-Eastern Visayas last October 27, 2018 at Philippine Science High School, it added.

Meanwhile, Lin and Mendoza’s awards contributed to the overall 189 medals garnered by the Philippine delegation during the competition in Singapore.

"Congratulations to our Filipino students for achieving a bountiful harvest of medals this year at IMC. We commend them for their hard work," said Isidro Aguilar, president of the MTG.