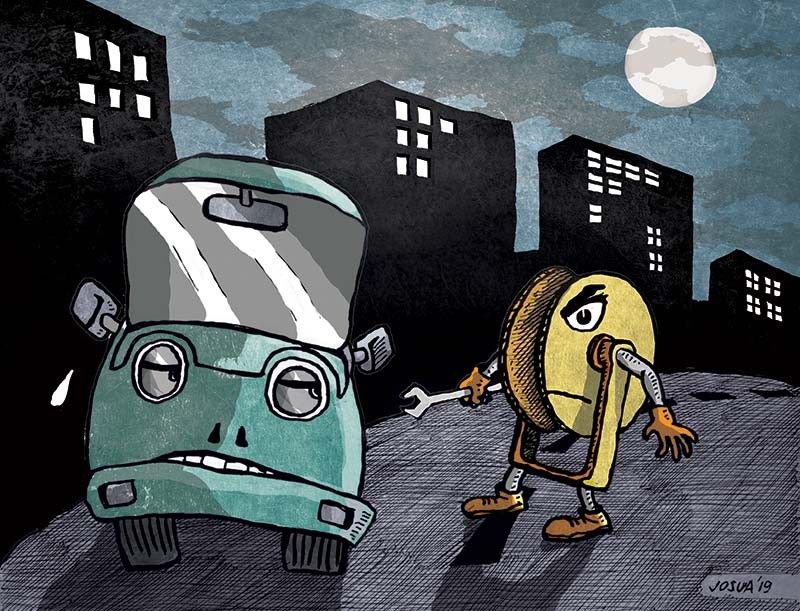 THE Cebu City Transportation Office (CCTO) will not stop going after people who violate the prohibition on overnight parking, which is in line with President Rodrigo Duterte’s directive to clear all public roads of obstruction.

Past midnight on Thursday, Aug. 8, 2019, Bayarcal and his personnel roamed the city’s streets to look for vehicles that were parked by the side of the road or on sidewalks.

When dawn broke, around 200 vehicles were immobilized by the yellow clamp.

The clamp can only be removed after the owner pays the P1,500 fine at the CCTO office. If the owner fails to do so within eight hours, the vehicle will be towed. That will entail an additional penalty of P1,500.

Some people might find the fines expensive, considering that the total is only half of what they might pay as down payment for a brand-new car.

Yes. Here in the Philippines, a person can go home with a brand-new car by making a down payment of P6,000, granted, of course, that the buyer passes all the other requirements, which, by the way, doesn’t include showing proof that the owner has a space to park the vehicle in.

This might explain the hundreds of cars that have laid claim to the city’s streets at night, prompting the fire bureau in the city to complain that there are areas they can barely pass when they respond to emergencies because of parked vehicles.

In the neighboring country of Singapore, the government requires the buyer to secure a certificate of entitlement first. In other words, a person pays for the right to own a vehicle. The supply is limited and certificates are distributed by auction. According to the website arstechnica.com, “the government also sets a target for the growth of private vehicles and auctions off a corresponding number of certificates.” In some cases, the certificate is more expensive than the vehicle.

The city-state was forced to impose draconian measures to limit the number of vehicles on its streets to ensure a smooth flow of traffic.

With traffic in Metro Cebu getting worse by the day, local government units may have no choice but to adopt similar measures.