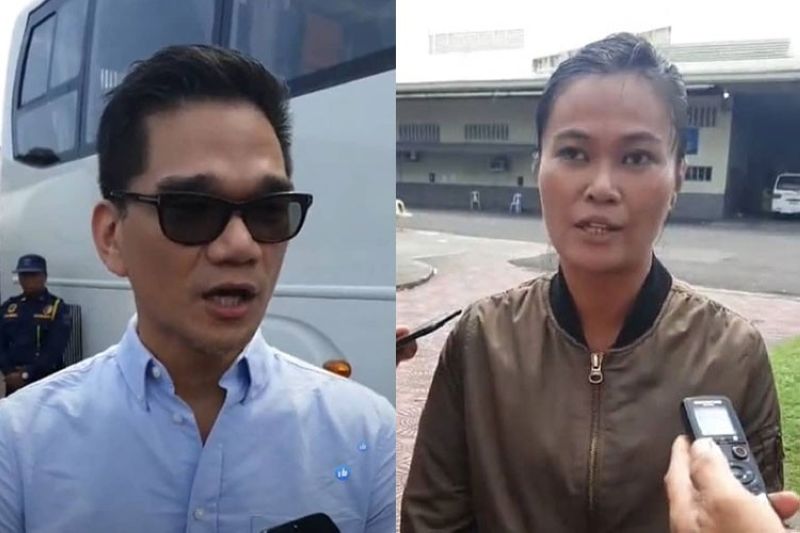 Lawyer Norman Golez, legal counsel of Leo Rey, said his client is now again in full control of the main office and the whole 15 branches of the Yanson Group of Bus Companies.

Leo Rey personally went to the main office Friday, August 9, with his sister, Ginnette Yanson Dumancas, and their mother, Olivia Yanson, after the Philippine National Police (PNP) and the Criminal Investigation and Detection Group (CIDG) re-installed the AGNSA Security Agency.

The complaint stated that the lives of the three Yanson siblings were threatened by the respondents' acts of intimidation and the presence of armed policemen. It also stated that no food and water supplies were allowed inside, while the power supply has been cut off.

Roy said the three siblings, being directors and corporate officers of VTI, were part of the majority of the Board of Directors who conducted a special board meeting on July 7 and passed a resolution replacing Leo Rey as company president.

Roy was appointed company president by the Board of Directors.

Asked for comment, Golez said he heard about the filing of the petition, but he said it is very "far-fetched."

"The writ of amparo is availed when someone is a victim of extrajudicial killing or enforced disappearances by agents of the state like the police or military and it did not happen here. What they are doing is forum shopping. They have filed two weeks ago a TRO (temporary restraining order) in a court here and also in a court in Quezon City. The PNP are no longer here after we fully recovered the main office," Golez said.

He said the police just looked for weapons that may have been kept inside, and they recovered some pillbox.

Golez said everything will be back to normal Saturday, August 10.

Lawyer Sheila Sison, legal counsel of Celina, Emily and Ricardo, expressed dismay Friday, August 9, over the traumatic experience her clients have endured for the past two days.

She said her clients were threatened, intimidated and harassed by the presence of police personnel, Special and Weapons Tactics (Swat) teams and CIDG personnel, among others, who entered the main VTI compound in Barangay Mansilingan around 3 a.m. Friday, August 9.

She said their clients were deprived of their sleep and were traumatized that armed police personnel swooped down on a private property, adding that part of the concrete wall of the company's fence was intentionally destroyed.

"My clients have respected the court processes. Remember, my clients did not file the complaint, which is now pending at the Regional Trial Court. For us, if they only invoked judicial process, they should respect it and even trust that the court will be able to do its duty to resolve fairly and soundly the issues that they lodged before the Regional Trial Court. And not this one. They filed an injunction and temporary restraining order against my clients and on the other hand, they are doing all these things unnecessary using an overwhelming force," she said.

She added that her clients were just in the main compound and "not doing any alarming acts."

"There is no cause for the police to enter a private property but they did. The order only covers the reinstatement of the AGNSA security guards. At the Ceres South terminal in Sambok, Lopez Jaena, there were 200 policemen implementing a simple order for a security provider in a terminal or a business where the public are affected. And here at the main office, they used long firearms, destroyed the concrete wall just to gain entry," she said.

"What happened really deserves a condemnation. They will exhaust all legal remedies against those who abuse their authority and disregarded due process," she added.