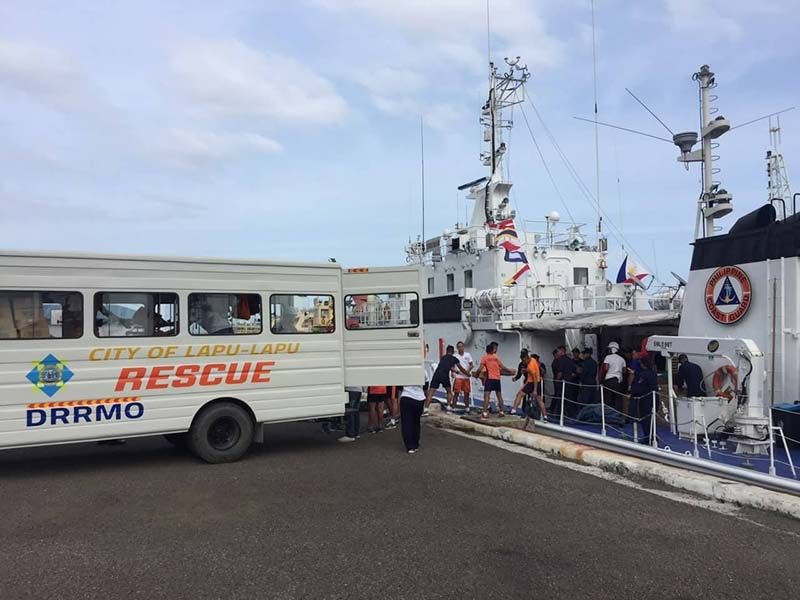 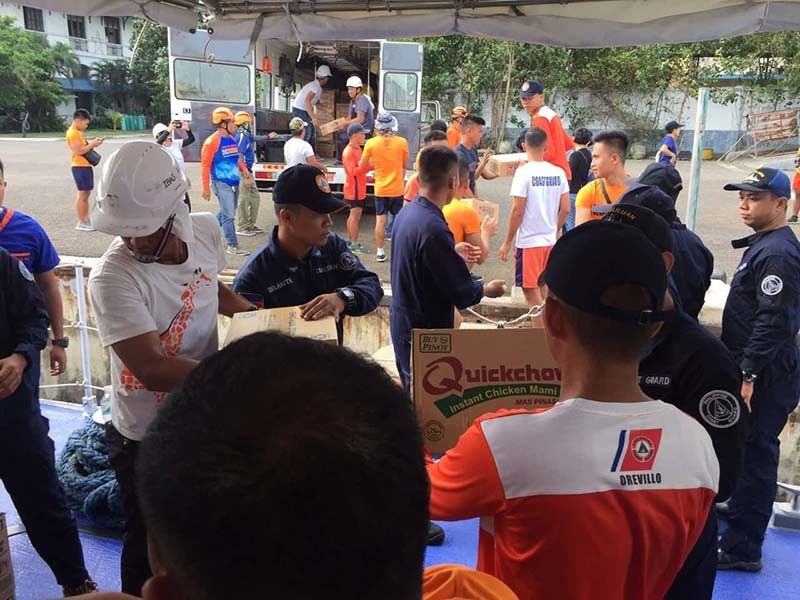 The BRP Suluan (Multi Role Response Vessel-4406) of the Philippine Coast Guard (PCG) set sail past 3 p.m. Friday from Pier 1 behind the Malacañang sa Sugbo in Cebu City to Olango Island, bringing relief goods from the Lapu-Lapu City Government and allowing some 40 people on board in the trip to the island.

It was the first voyage to Olango since Sunday, Aug. 4, when the Coast Guard cancelled trips following gale warnings over the entire Central Visayas issued by the Philippine Atmospheric Geophysical and Astronomical Services Administration (Pagasa).

Some 300 passengers wanting to go to Olango Island have been stranded at the Angasil wharf in Barangay Mactan and Hilton wharf in Punta Engaño. The Coast Guard vessel is expected to pick up some of them on its way to the island.

On its return to Cebu City, Lieutenant Junior Grade Michael John Encina, PCG 7 spokesman, said they would allow passengers who want to travel from Olango to Cebu City.

The decision of the Coast Guard was just in time as local residents complained of food getting scarce and low fuel supply causing power outages and preventing fishermen from getting fuel for their boats.

Meanwhile, the Lapu-Lapu City Disaster Risk Reduction and Management Council headed by Mayor Junard Chan held an emergency meeting and decided to declare Olango Island in a state of calamity in order for it to access the council’s P7 million quick response fund. Such declaration, however, will need the approval of the City Council.

What concerned islanders the most was the possibility of power outages. Eyas said that if fuel supply was not replenished soon, they would have only until Friday, Aug. 9, 2019, before fuel to generate electricity would be exhausted.

Aside from this, the island’s two big gas stations located in Barangays Tungasan and Sta. Rosa have also run out of gasoline, leaving islanders to travel by foot. “Our modes of transportation (motorcycle and tricycle) here are left idle because there’s no more gasoline,” Eyas said in Cebuano.

Pangan-an Barangay Captain Virgilio Casiao, for his part, said they have started using their solar-powered backup generator from 6 p.m. to 10 p.m. after they ran out of crude oil.

Although most of the teachers in Olango’s public schools were islanders, Eyas said their plight has also disrupted classes.

Public school teachers living in Lapu-Lapu City were unable to cross the Hilutungan Channel after the gale warning was issued.

Aside from power concerns, Casiao said being unable to set sail has left the coastal community of Olango at a great disadvantage in terms of food and livelihood.

Markets and pharmacies have also temporarily shut down after running out of supplies to sell.

Chan assured that the Sta. Rosa Community Hospital, the lone medical facility in the island, continues to operate.

Tungasan Barangay Captain Tripona Abayan said the suspension of sea trips has affected their livelihood and day-to-day operations for almost a week now.

“It’s so hard. We have a lot of workers, the fishermen, those who work in island-hopping business, (some are breadwinners of their family) who have not reported for work. The lack of available fuel also caused rotating brownouts,” she said.

To help Tungasan residents, she said one family member who is a rice retailer allows people to get on credit at least four kilos of rice each.

Sabang village chief Nelson Melancolico said that placing the island under a declaration of a state of calamity could help them address emergencies and their lack of income.

“Aside from the fact that most of the people here rely on fishing as their source of income, we also suffer in addressing emergencies. Just last Wednesday, we had to appeal to authorities to allow us to ferry a dead body from the mainland back to his home in Olango,” he said.

It takes at least 15 minutes by motorbanca to get to Olango from the Hilton Wharf in Barangay Punta Engaño, Lapu-Lapu City.

Travel time takes twice as long, or at least 30 minutes, via the Angasil Wharf in Mactan.

Olango has an estimated population of 50,000. There are 11 barangays in Olango.

Last Thursday, Aug. 8, Chan added his voice to the clamor for the resumption of sea travel to the island. He said hundreds of passengers have not been able to make the crossing since Sunday. He had asked the Naval Forces Central station to ferry stranded passengers in Lapu-Lapu City to Olango Island.

The Department of Social Welfare and Development (DSWD) 7, for its part, has prepared several food packs to be sent to Olango.

DSWD 7 Regional Director Rebecca Geamala said some 3,000 food packs are ready and she would coordinate with the PCG 7 on the delivery to the island. Food packs include instant noodles, canned goods and rice.

PCG 7’s Encina is hopeful the gale warning issued by Pagasa would be lifted soon so small vessels of 250 gross tonnage and below could set sail. (FVQ / GCM / HBL of Superbalita Cebu / WBS / RTF)