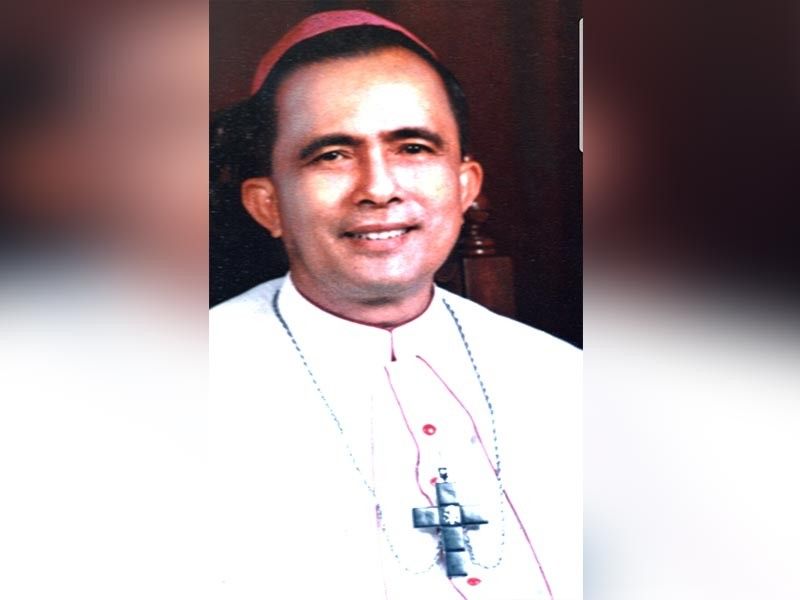 JESUS Balaso Tuquib, the third archbishop to serve the Catholic Church of Cagayan de Oro and the first diocesan and Filipino clergyman to do so, was finally laid to rest at the St. Augustine Metropolitan Cathedral last Wednesday. He is fondly remembered for leading the opposition to the plan to bring institutionalized gambling to our city, and prevailing against all odds.

Nevertheless, it must be said that Tuquib's legacy comprises more than just his crusade to nip vice in the bud. As the shepherd to the Catholic faithful of Misamis Oriental and Camiguin for eighteen years – 1988 to 2006 – he not only protected his flock from predators, but also saw to their quotidian concerns and cares, equipping and empowering clergy and laity alike to face the challenges presented by the modern world to the Christian faith.

Like his predecessors James T. G. Hayes of the United States and Patrick Henry Cronin of Ireland, and his successor Antonio J. Ledesma of Iloilo, Tuquib was not a native son of Mindanao, having been born in Clarin, Bohol. However, where Hayes and Ledesma are Jesuits and Cronin was a Columban, Tuquib was a secular cleric and therefore did not belong to a religious institute.

It goes without saying that he had very big shoes to fill – and to the best of his ability, he did.

After serving as the first Bishop of Pagadian for eleven years, in 1984 he was appointed coadjutor archbishop to Patrick Cronin, then archbishop of Cagayan de Oro. Being coadjutor meant that he would automatically succeed Cronin, and for four years he assisted Cronin in leading the archdiocese while getting to know his flock and the legacy of his predecessors.

Messenger Cirilo Isnani, who is Tuquib's closest friend and confidant, remembers Tuquib as being a man of faith, prayer, and humility. Isnani, who at present is the parish priest of San Antonio Parish in Nazareth, Cagayan de Oro City, recounts that even after having been elevated to the episcopate, Tuquib was never too proud to ask for help if it meant rendering a beneficent and lasting service to his flock. In both Pagadian and Cagayan de Oro, he would solicit donations, sometimes even from places as far away as Europe, for the sake of putting up buildings for seminaries and formation houses.

More than the physical edifices he left behind, Tuquib gave the Archdiocese of Cagayan de Oro a new framework by which the life of our particular church could be lived. In 2001, aided by a committee composed of representatives from the clergy and laity, Tuquib spearheaded the formulation of the Pastoral Plan of the Archdiocese of Cagayan de Oro, which encouraged greater involvement and responsibility for laypeople in the life of their parishes and the archdiocese at large, as well as vocations to the priesthood and religious life.

Tuquib promulgated the Pastoral Plan in 2003. In a homily he delivered in November that year, he said in Cebuano: “I have anticipated that there will be difficulties in putting [the Pastoral Plan] into place for the reason that it is not easy to remove the old, familiar system that we utilized to run our parishes in years past. Genuine evangelization, most of all, was required for us to create this comprehensive pastoral plan for our archdiocese” (translation mine). The Pastoral Plan would be acknowledged as the forerunner to the First Archdiocesan Synod of the Archdiocese of Cagayan de Oro in 2013.

“The good is oft interred with [men's] bones,” says Marc Antony in Shakespeare's Julius Caesar, a phenomenon that unfortunately is all too real. I pray that this will not be the case with Archbishop Tuquib, and instead, may his memory and all the good things he bequeathed to us as our shepherd be cherished for years to come.