Ride the waves of ‘Mina-anud’ 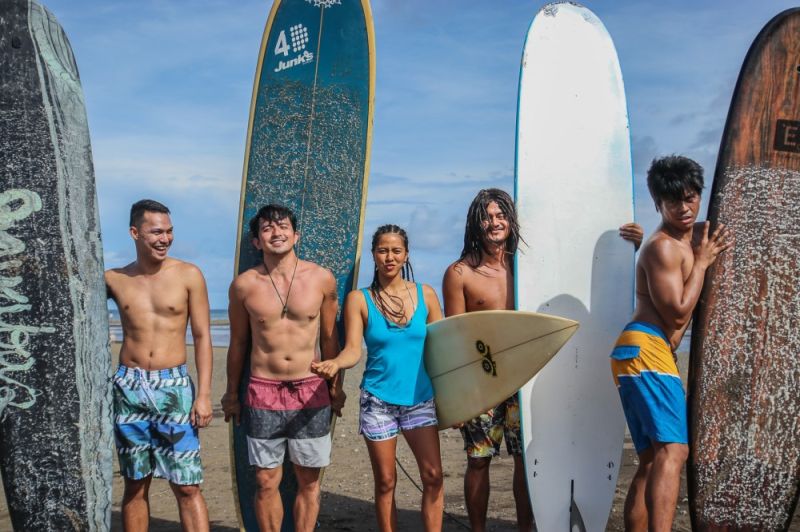 ONE only gets the flavor and nuisances of a place by having lived there.

The film “Mina-anud” is set in Eastern Samar, a region in the Philippines that faces the Pacific Ocean. Mina-anud is an island where its people live off the bounty of the sea. It is where three tons of cocaine had washed up on its shores.

Based on real-life events, the film follows the story of Ding and Carlo, two surfer dudes who hold a string of odd jobs. The two friends later find themselves dealing drugs, which they find to be more lucrative and easier than driving a passenger van or being a shop worker.

The movie has many hilarious moments and the comedic timing of the actors is spot on. The main stars are Dennis Trillo and Jerald Napoles. But it’s Napoles who delivers the most laughs. And there’s Matteo Guidicelli in an eye-candy, comic role.

Director Kerwin Go, the Cebuano filmmaker behind the acclaimed “Eskrimadors: A Filipino Martial Arts Documentary,” said that in making the movie, he was not making a political statement or attacking the powers-that-be. The film shows the dark side of the drug industry including the abuse of authority being committed by anti-narcotics agents.

A cinematographer, Go takes the audience on a spectacular wave ride and exhilarating cocaine high. The cocaine scenes are so funny that one can only give the director all the stars in the sky for the superb handling of a dangerous subject.

Go has lived the life of the island folk. His family once owned a surfing camp and resort in Calicoan Island in Eastern Samar.

It shows in “Mina-anud.” “Anud” is a Bisaya term meaning washed away. The name of the island and the movie title carry with them the undertone of loss and waste.