Sunday Essay: Deng-Get Out (No, really) 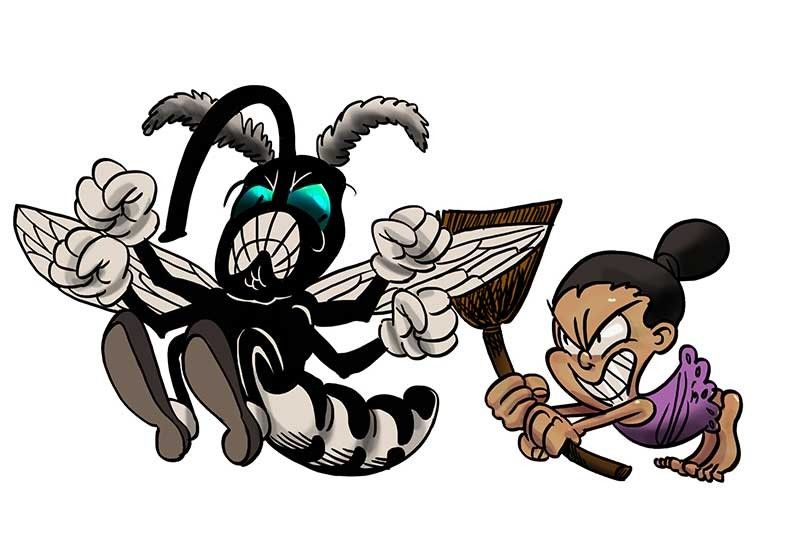 OF THE many things to love about Singapore, I love their dengue fever prevention program the most. Really. The city’s cleanliness and safety are commendable, its food is terrific, and its airport is a tourist attraction in itself, but its dengue vector control program is world-class.

This year, Singapore is grappling with dengue fever, like the rest of Southeast Asia. In an article last week in the Straits Times, professor Ng Lee Ching explained there are three reasons behind this year’s outbreak. These are the higher-than-usual temperature, which has led to an increase in the population of the Aedes aegypti mosquito, and a lower number of the human population who are already immune to the infectious disease.

What is Singapore doing differently? For one, it is studying the impact of introducing sterile male mosquitoes to the local population. Its Environmental Health Institute, where Ng serves as director, believes that by introducing mosquitoes infected with the Wolbachia bacteria, they can prevent an increase in the population that transmits dengue fever. When Wolbachia-infected mosquitoes mate with uninfected female mosquitoes, any of the resulting eggs won’t hatch.

Singapore’s environment department began these studies in 2016, a year before a company that belongs to the Google group launched a similar experiment in California. If this works, it’s not just dengue fever that might be curbed, but also Zika, chikungunya and yellow fever, among others.

It is such a smart and practical response that Singapore’s officials have chosen—a far cry from the juvenile gimmicks some of our officials prefer, like challenging officials of the Food and Drug Administration to have themselves vaccinated with Dengvaxia to demonstrate how safe they think it is.

Unfortunately, some of this administration’s officials and propagandists have caused so much hysteria around the dengue vaccine that it is now difficult to discuss it calmly, like thoughtful adults. This is what the World Health Organization (WHO) advises: vector control (that is, controlling the mosquito population) continues to be the main response. But vaccination, the WHO adds, “should be considered as part of an integrated dengue prevention and control strategy.”

Last week, the Department of Health (DOH) declared a national dengue fever epidemic. It confirmed that 146,062 persons have fallen ill with dengue fever since the year started up to July 20, and that the number was 98 percent higher than in the same months last year. So far, 622 persons have died. From July 14 to 20 alone, 10,502 new cases of dengue fever were confirmed.

Although dengue fever is now a year-round disease, the DOH expects the cases to peak in October this year.

In the next few days, the DOH will announce whether or not it will again allow Sanofi to sell Dengvaxia in the Philippines. If it does resume using the vaccine, it will need to communicate more clearly so that false hopes don’t arise and the hysteria that some irresponsible officials have previously fed doesn’t worsen.

What precautions has WHO recommended? First, it said that countries that intend to use vaccines against dengue fever would be wise to screen first and to give the vaccine only to those who have previously contracted dengue fever. Dengue has four strains, and immunity to one doesn’t protect you from the other strains. The WHO recommended that only those 9-45 years old be considered for vaccination. It advised countries to use hospital data to further narrow the target to the age group “in which the incidence of severe dengue is highest.”

Notice the WHO’s use of clear, unemotional language, as well as its acknowledgment of limits. “Although the efficacy against dengue infections in seropositive individuals is high, it is still not complete.” In the meantime, let’s do what we can. Go see a doctor within the first three days of fever or flu symptoms, especially among children. Support the DOH’s Deng-Get Out campaign, no matter how unfortunate its name may be. Clean up and empty all containers where mosquitoes might breed. If hysteria develops, consult anyone but a politician.