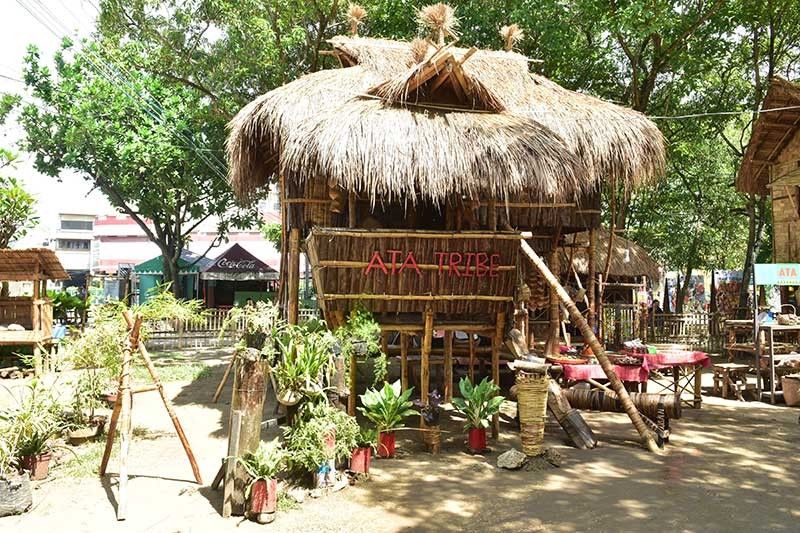 DAVAO. One of the humble yet stirdy house of the Ata tribe. (Photo by Macky Lim) 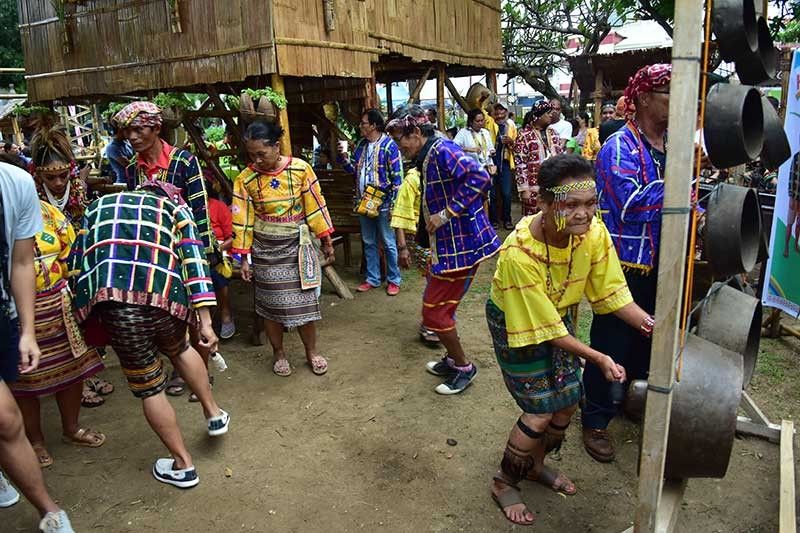 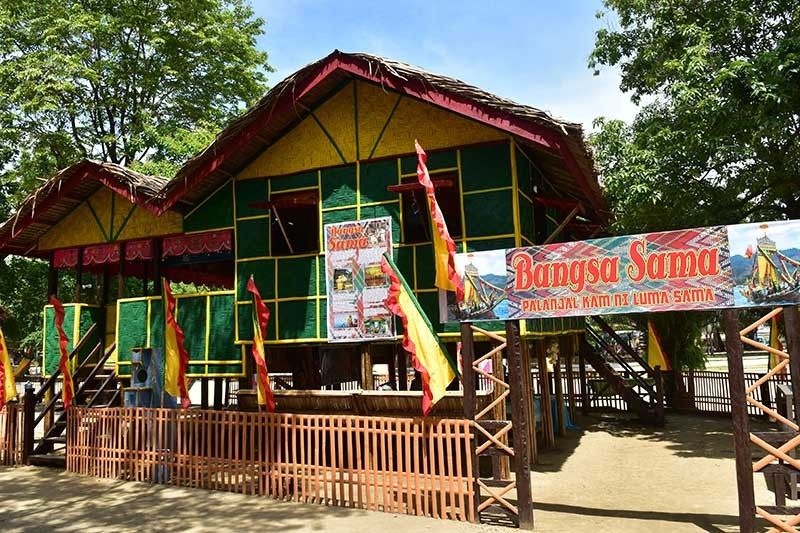 DAVAO. A replica of the traditional house of the Sama Tribe, mostly situated at the coastline areas in Davao City. (Photo by Macky Lim) 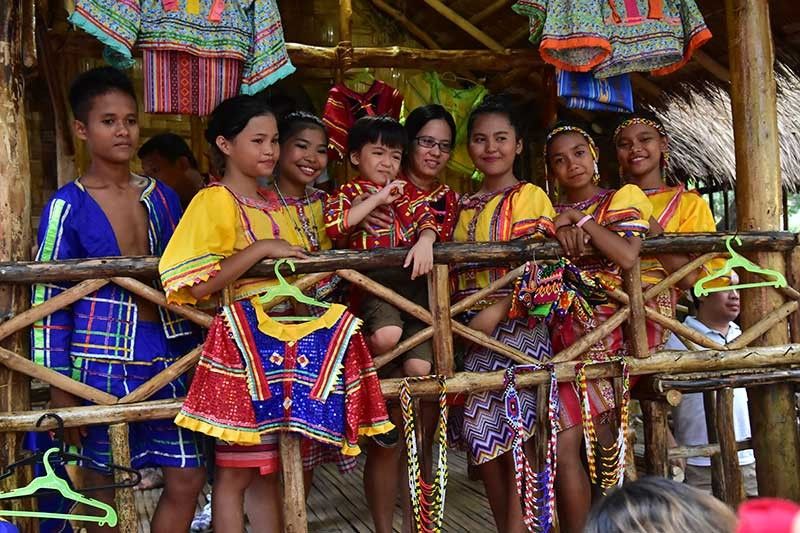 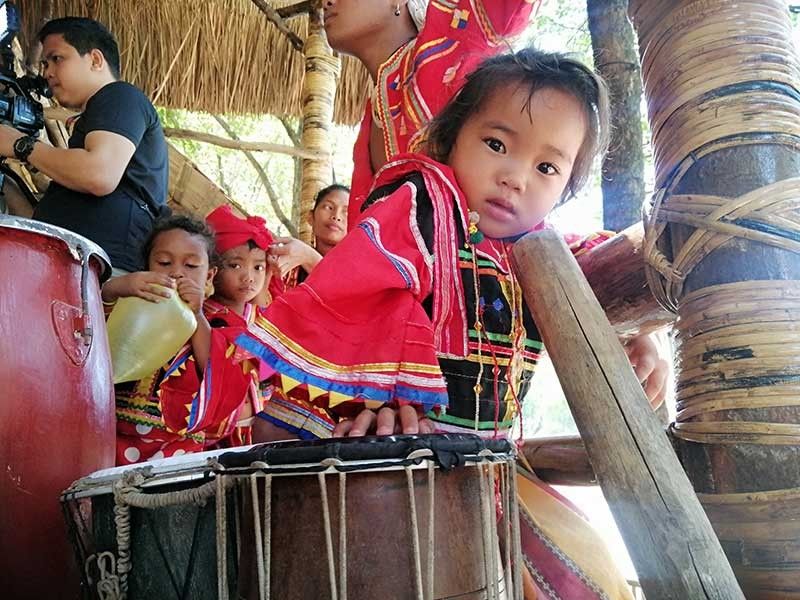 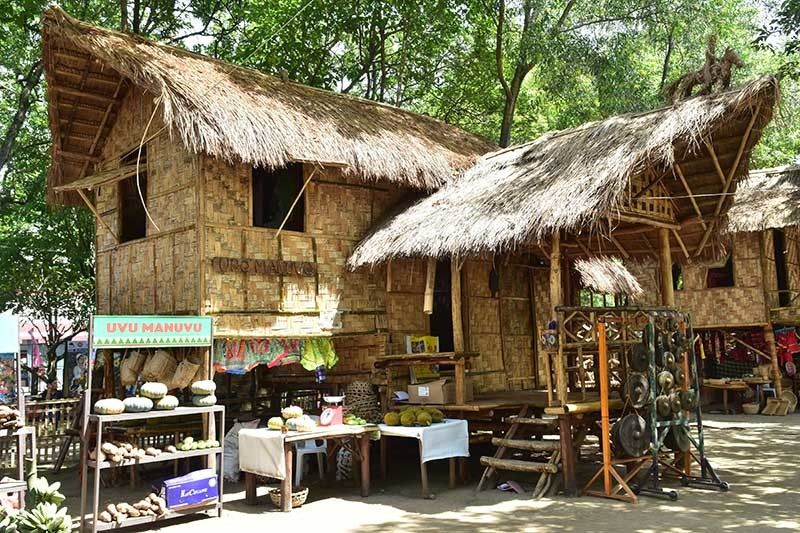 DAVAO. Showcasing cultural heritage. A traditional house of the Ovu-Manuvu, made with round timbers, is one of the houses present in the Kadayawan Village at the Magsaysay Park. The cultural village showcases the traditional houses of the 11 tribes of Davao City. (Photo by Macky Lim)

THREE years since the Kadayawan Village was opened to the public, the tribal village continues to receive an influx of locals and tourists, both here and abroad.

The Kadayawan Village, situated at the Magsaysay Park, is more than just a cultural theme park featuring the 11 tribes and their houses.

Davao City Mayor Sara Duterte-Carpio, in her previous speech, said the tribal village manifests the unity of various characters of the city as it is composed of various tribes with the prevailing respect for each other's diversity, uniqueness, ideology, beliefs and way of life.

While for William Banzale, City Tourism Operators Office (CTOO) community based tourism officer, it has been a center for cultural hub of peace.

With the Kadayawan stretched into a month-long celebration, Banzale said the villagers had also “leveled-up” their houses.

Although most houses have almost a common feature, some houses possess a distinct feature of each of the tribe’s unique art, culture, and lifestyle.

Unlike any other houses, Bagobo Klata’s heritage house is purely made of bamboo materials. Their kitchen serves as the houses’ main attraction. This serves as the special area for guests, wherein they are served with their special food and refreshments as they step into their humble abode. Klatas are known to be “forest dwellers”. Their tradional centers included are Biao, Tagakpan, Dalio, Sirib, Gunalong, and Tamugan.

Noticeably, Tagabawa houses do not have any room. Whenever they have guests, they are given a special area inside the houses for them to stay. Also made with round timber and bamboo woods, it has a thick foundation and sturdy built, used to safeguard the residents from possible threats and heavy rains. While visiting their houses, having a sip of their special coffee, grind with coffee beans and mixed with corn and rice, is a must try. They can be seen occupying the districts of Marilog, Baguio, Calinan, Tugbok, and Toril.

They are known as “river people”, wherein their houses are mostly situated at the hinterlands of Marilog, Marahan, Marahan or Paquibato. Their houses, made up of bamboo and other lumbers, are built near the rivers. Often times, they are also on the forks of trees.

Known for their their intricate casting, fine weaponry, and jewelry, the Ovu-Manuvos’s traditional homes are mostly made with round timbers, bamboo, mahogany, gemilina, and ipil-ipil, and cogon. They have a special area for a fireplace, which serves as a place wherein they cook their food, and a place to light them up and keep them warm. They usually build their villages near small bodies of water or forest clearings, although they also opt for hillsides, rivers, valleys, and plateau. They are situated mostly in Marilog district.

Their houses are covered with pattern emblems color green, yellow, and red, Iranun’s tradional house serves as a visual representation of the royal house of the Sultans. One unique feature from among other houses is an underground tunnel and foxholes that serves as a hiding and escaping area for the sultan and family in times of war. Another unique feature is a two path in frontyard and backyard, symbolizing that everyone is welcome in the palace. Most Iranuns are situated in Ma-a and Sirawan.

The traditional house of the Kagan tribe are 100-percent made of bamboo. But in the ancient times, they use other woods such as lumber, and rattan. The exterior houses have icons and patterns carved by burning a portion of the wood, symbolizing royalty. The tribe are usually situated in some parts of the city, particularly in Waan, Sirawan, and Bunawan. Maguindanao people, who claim to be descendants of Shariff Kabungsuan, come from Cotabato.

The inaul fabrics that dressed the exterior traditional houses, with emblem colors green, red, and yellow, which symbolizes peace, strength, and royalty respectively, represents the identity of the Datu of the Maguindanaon people. Their houses are made of lauan, coco lumber, nipa and bamboo. Maguindanaons are known as the first major Muslim people in Mindanao, living in the different communities in the three districts in the city.

The traditional Maranao residence replicates the ancestral houses of the elites. Torogan, a large area with no barriers, serves as a venue for big occasions. A torogan was a symbol of high social status. Such a residence was once a home to a sultan or Datu in the Maranao community. Nowadays, concrete houses are found all over Maranaw communities, but there remain torogans a hundred years old. Their sophisticated wood and metal crafts expressed emblemed in their Torogan is a special house built for a Maranao maiden and Okir, an artistic design based on elaborate patterns of vines and flowers.

Most for Sama tribes built their houses in the coastal shallows. Their houses are made up of bamboo and nipa, with curtains that serve as dividers. In the cultural village, their house is painted in yellow, red, and green, which according to the residents, would also serves as a distress call for fishermen (most of them rely on fishing as a source of livelihood) who would encounter emergency situations on the waters. Most Samas can be seen situated at the coastlines in Davao City.

Bay sug, one of the houses of Tausug, is usually a one-room partitionless structure. Usually located on flatlands, the house is entered through a sala (porch). The porce serves as a welcoming area for visitors. Some Tausug people still live in Barangay Tamayong in Calinan District, Davao City.

The Kadayawan Village has brought positive changes, not only in the tourism side, but also on the deeper understanding and appreciation of the tribes that carried out the true blood of a Dabawenyo.

Banzale shared that even the tribes themselves had learned from each other’s culture and history, which is one-step in uniting them.

Apart from this, they were also given the livelihood opportunity, without even changing their traditional means.

Meanwhile, he hopes that continuous respect must be most observed, within and outside the village.

“Ang bisita ang mag-adjust, dili ang tribo (The tourist are the ones who must adjust, not the tribal people),” Banzale said. RGL