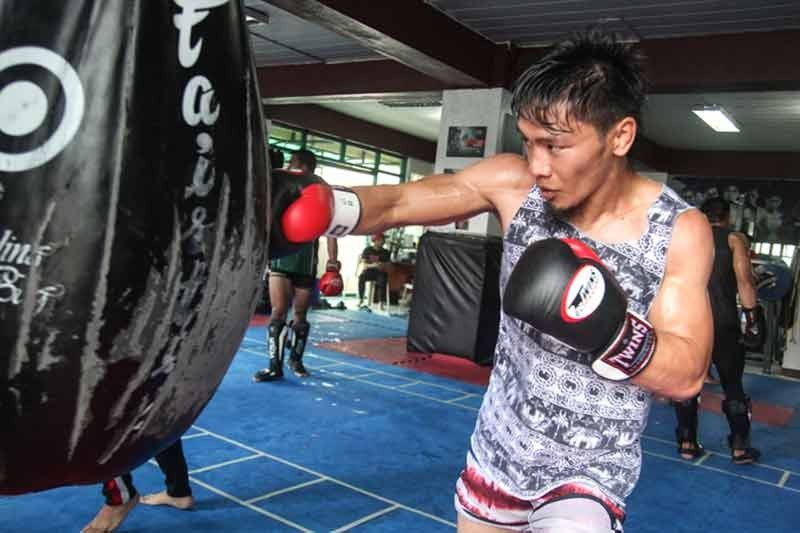 LA TRINIDAD. Team Lakay’s Lito Adiwang trains in La Trinidad. Adiwang earned a bonus and inked a contract with One Championship after defeating Anthony Do during Rich Franklin’s One warrior series in Singapore on August 6. (Photo by Jean Nicole Cortes)

FOLLOWING an impressive victory against Anthony Do of Vietnam by a unanimous decision in the main event of Franklin's ONE Warrior Series (OWS) and earning a six-figure contract, Lito Adiwang is the latest member of the famed Team Lakay to sign up with ONE Championship.

After gaining valuable experience in regional Philippine promotions, he then earned a spot on Rich Franklin’s ONE Warrior Series in 2018.

Posting knockout victories over Jose Manuel Huerta and Alber Correia Da Silva, Adiwang quickly rose to the top of the heap in a talented division.

Aside from winning a six-figure congract, Adiwang together with Dave Bangguigui, Caitlin McEwan, Michael Walker, and Anthony Do each received a Warrior Bonus for their extraordinary performances.

Rich Franklin, CEO of ONE Warrior Series, said the recent fight card is the most exciting the series has put up with every athlete putting it on the line.

“If you missed the ONE Warrior Series event, you should check out the replay on the ONE Super App. Lito, the 10th ONE Championship contract winner, has had the toughest matchups since he joined ONE Warrior Series, and never disappointed with his performances. If you are in ONE Championship's strawweight division, take note of this guy because he’s coming to shake things up,” Franklin added.

“Lito always put on the most exciting performances every time he stepped into the ONE Warrior Series ring. In fact, he's even won a Warrior Bonus in every appearance, which is a testament to his abilities. With Lito moving on to ONE Championship, no doubt the already stacked strawweight division will take notice of his power and explosiveness. Look for him to make an immediate impact as soon as he gets the call,” Fong added.