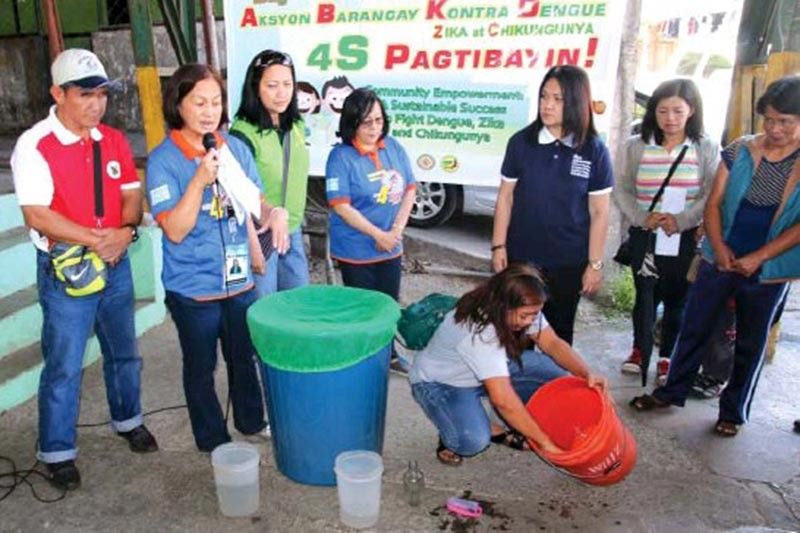 AT LEAST nine people have died of dengue in the Cordillera Administrative Region, according to the Department of Health–Cordillera (DOH-CAR).

The DOH regional office's records show that from January to August 3 this year, 4,327 have contracted the mosquito-borne disease.

About a third, or 35 percent, of the cases involved 1 to 10-year-old children, with 1,511 cases, 17 percent higher compared to the same period last year.

DOH–CAR confirmed the region is approaching the alert status for dengue.

“Although we have had an increase in the number of deaths and those affected by dengue, we continue to call on the public to practice the 4S strategy which consists of: Search and destroy mosquito breeding places; Self-protective measures like wearing long sleeves and use of insect repellent; Seek early consultation on the first signs and symptoms of the disease; and Say yes to fogging if there is an impending outbreak,” Pangilinan said.

“Kung walang lamok, walang dengue! This is why we call on the public to observe the 4S strategy. And for those who may show signs and symptoms of dengue, we advice them to go to the nearest health facility for treatment,” added Pangilinan.

Signs and symptoms of dengue include sudden, high fever, severe headache, pain behind the eyes, severe joint and muscle pain, fatigue, nausea, vomiting, and skin rash which appears two to five days after the onset of fever.