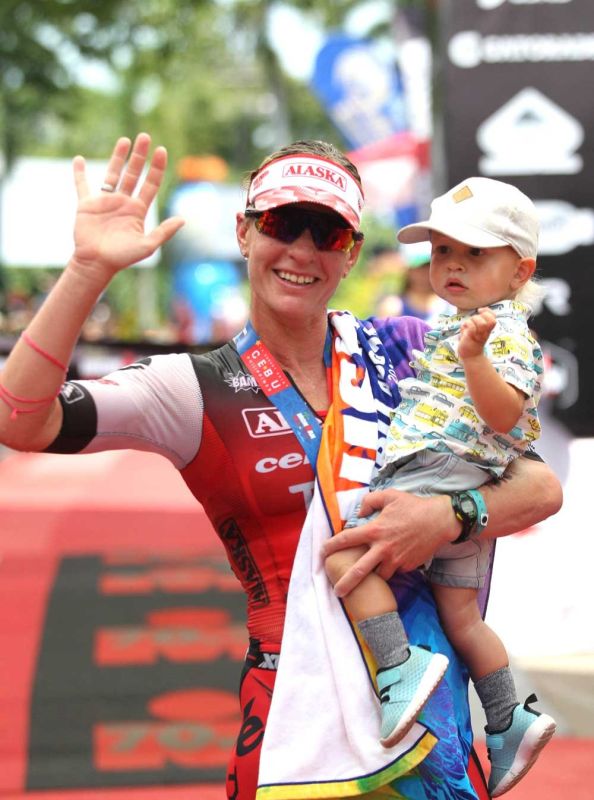 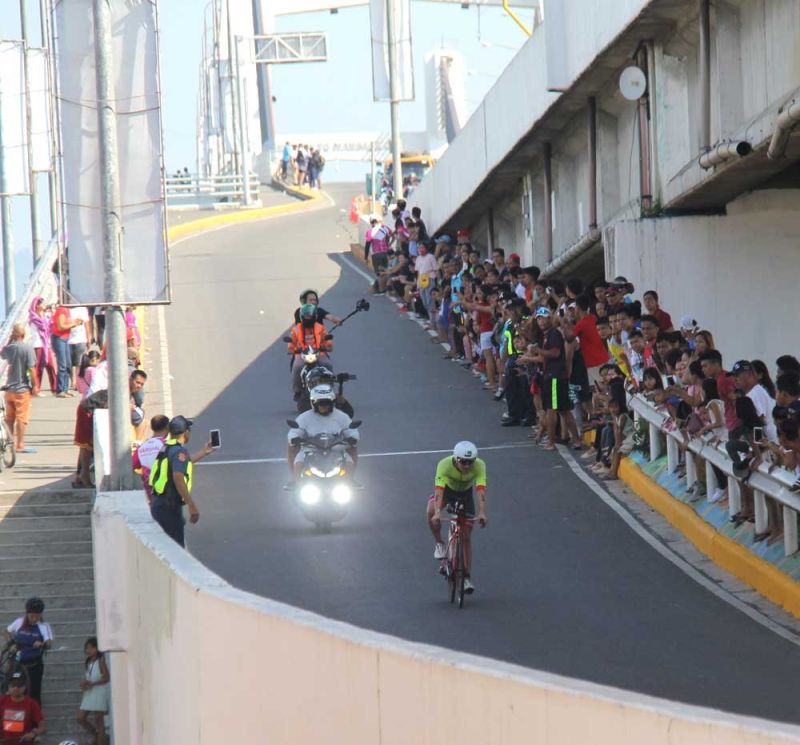 TIM Reed of Australia and Swiss Caroline Steffen brought their winning act from Subic to Cebu, ruling their respective sides in varying fashions to share top honors in the premier division of the second Regent Aguila Ironman 70.at Shangri-La’s Mactan Resort & Spa.

Barely two months after re-claiming their respective titles in Ironman 70.3 Subic, Reed and Steffen sustained their charge while flaunting their form again in tough conditions although the former needed to buck cramps and hang on in the closing run stage largely through crowd support to foil New Zealand’s Mike Philips by less than a minute in the men’s pro side of the 1.9K swim, 90K bike, 21K run event.

In contrast, Steffen dominated from start to finish and repeated over perennial rival Aussie Dimity Lee Duke by over 12 minutes.

“I was cramping the whole of the run part and if it was another race, I’m not sure I’m going to push through. I got the support and managed to hold on,” said Reed, who clocked 4:01:22 with Philips barely falling short of pulling of a stirring reversal in 4:02:09. Tim Van Berkel, also from Down Under, placed third in 4:03:12 while Czech Jakub Langhammer, winner of the first Penong’s duathlon in Davao last month, ended up fourth in 4:03:18 in one of the closest Ironman 70.3 battles ever.

Both also staked their claim as king and queen of endurance racing here with Reed nailing his fourth victory after a sweep of the 2015 to 2017 editions and Steffen pocketing her sixth after reigning from 2012-16 in eight Ironman 70.3 editions in Cebu.

Steffen then took a one-year hiatus to give birth to her son and settled for second last year to Czech Radka Kahlefeldt, who missed defending her crown due to an illness.

Steffen drew inspiration from her 18-month-old son Xander, coming out of the opening swim leg at the Shangri-La Mactan Beach—named as the best triathlon swim course in Asia last year—first and staying ahead in the bike and run stages.

Duke, a veteran of many an IM 70.3 Phl duels, rallied in the closing run part to snare runner-up honors from Courtney Gilfillan, who succumbed to the heat and fell to third in 4:39:18 with Beth McKenzie of the US ending up fourth in 4:54:55 and Laure Wood of New Zealand clocking 5:51:06 for fifth.

“I love the heat, everything and I look forward to come back here. I keep saying that it’s one of my favorite races but it’s not true... because this is my favorite,” Steffen said.

In a test of staying power in hot conditions, Reed poured it all out in the bike part to build a cushion but the ploy nearly backfired as he suffered cramps in the run event, virtually holding on to the lead through the crowd support. (PR)