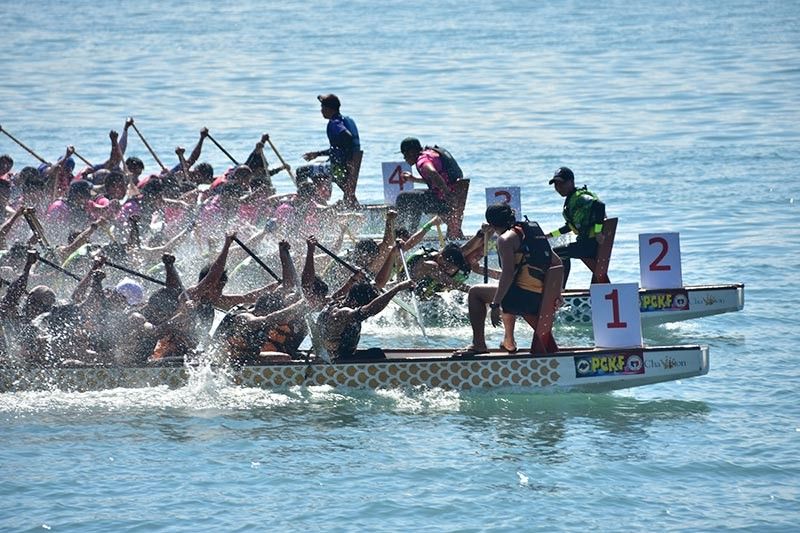 DAVAO. Teams give each other a stiff contest in the two-day 34th Kadayawan Dragon Boat Festival 2019 that concluded at Sta. Ana Pier Sunday, August 11, 2019. (Macky Lim)

Bakunawa team manager Mites Chua, in a phone interview with SunStar Davao Sunday, said she's glad for the triple gold performance of the team who saw action in the Kadayawan race for the first time.

“This surprises us really,” Chua said, considering that theirs was a lean team of 22 paddlers, helper and drummer.

She also said they didn't have reserve paddlers. Some of those who competed in standard (22-seater) boat also played in the small (12-seaer) boat.

She added that Mindanao teams just like them need more exposures to improve and she was thankful for the opportunity to compete here for the “high level” races.

“Davao has strong teams as well as other Mindanao teams pero kulang talaga sa funding at sa karera. There are no enough races for them. While Manila has regattas, sa Mindanao iilan lang ang nakakapag-compete,” she added.

At times, they sell shirts or ask assistance from the City Government of Iligan but most of the time paddlers themselves fund their participation.