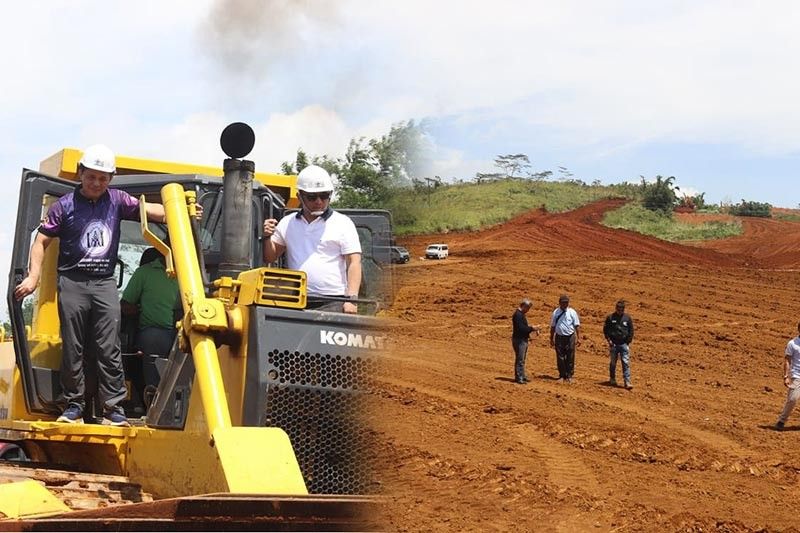 THE National Housing Authority (NHA) together with the City Government of Marawi held a groundbreaking ceremony Friday, August 9, in Barangay Kilala, Marawi City for the first permanent housing development for the 2,000 internally displaced persons (IDPs) of the 2017 siege.

In an interview, Marawi City Mayor Majul Gandamra said the permanent shelter will be called The Pamayandeg sa Ranaw Residence at Dansalan.

The project, which is expected to be completed in two years, is a joint project with San Miguel Foundation.

The land development and acquisition of the 39-hectare land for the project were shouldered by the NHA while the construction of the houses will be funded by San Miguel. The housing project will benefit former residents of “ground zero.”

"[Those who will benefit from this ay] ang mga kababayan natin sa ground zero na hindi na makakabalik doon sa kanilang dating kinalalagyan dahil most of them are situated in an area wherein it was declared danger zone by the government," he said.

Based on the data provided by NHA, there were a total of 6,435 structures in Marawi based on National Mapping and Resource Information Authority (Namria) data before the siege happened.

To date, demolition permits have been issued for 2,804 structures while 1,875 structures have been demolished and 1,720 cleared of debris.

Gandamra added that there will be facilities to be constructed in the permanent shelter including market place, livelihood center, learning schools for displaced students, commercial area, health center, mosque, among others.

To date, land development is now ongoing and they are just waiting for the counterpart of the San Miguel Corporation. The IDPs are currently living in the transitory houses and after the permanent shelters have been completed, they will be relocated.

Gandamra said identification of beneficiaries is now being conducted in coordination with the NHA and barangay officials but their priority are those former residents in ground zero. (Juliet C. Revita)