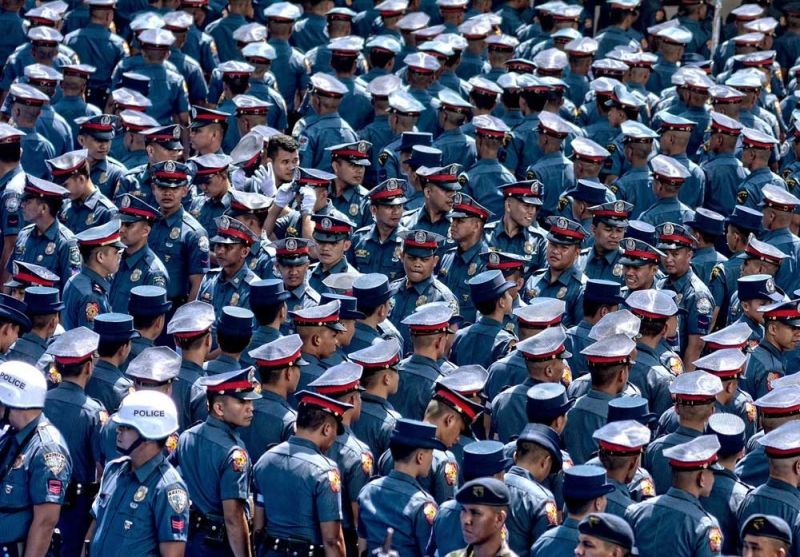 (What is allowed is you do not ask for it and you do your job faithfully, and out of generosity, the one you help gives you a gift. That's just a token. That's a token.)

(Corruption is not allowed. Bribery is not allow. It's formidable that you are doing your job or you are making some actions because you expect a reward. That's prohibited. That's clear.)

In a speech delivered on August 9, the President told police officers that they can accept gifts, as long as their integrity will not be tarnished.

Duterte made it clear that he would not sanction any policeman who will accept gifts from grateful Filipinos, as it could not be considered as bribery.

Under Presidential Decree 46 inked in 1972, however, it is punishable for any employees or officials of government to "receive, directly or indirectly, any gift, present or any other form of benefit in the course of official duties."

Government workers who violate the presidential decree may face imprisonment of up to five years and perpetual disqualification from office.

Republic Act (RA) 6713 prohibits public servants from "soliciting or accepting, directly or indirectly, any gift, gratuity, favor, entertainment, loan or anything of monetary value from any person in the course of their official duties or in connection with amy operation beung regulated by, or any transaction which may be affected by the functions of their office."

Senator Francis "Kiko" Pangilinan, for his part, urged cops not to heed Duterte's directive and warned that this would only lead to more abuse and corruption.

"The police will only become more abusive and corrupt. There will come a time when policemen will not act if there is no grease and the police will only side with the rich who can afford a lot of grease," Pangilinan said in a statement released Sunday, August 11.

"Pity our countrymen, especially the poor, in this 'Christmas gift-giving policy. To the police, this is our call: Do not follow illegal orders from higher-ups," he added.

The Philippine National Police has said it would defer to the President's "better wisdom."

Panelo explained that the law does not prohibit cops from accepting gifts from generous Filipinos.

(First and foremost, the law states that such act is allowed. It's exception to the rule, exception to the law. Apparently, the lawmakers forgot that. And it depends on the customs and usage of the place.

Panelo was referring to RA 3019 or the Anti-Graft and Corrupt Practices Act, which exempts "unsolicited gifts or presents of small or insignificant value offered or given as a mere ordinary token of gratitude or friendship according to local customs or usage."

He also made reference to RA 6713, which allows government employees and officials to accept "unsolicited gifts of nominal or insignificant value not given in anticipation of, or in exchange for, a favor."