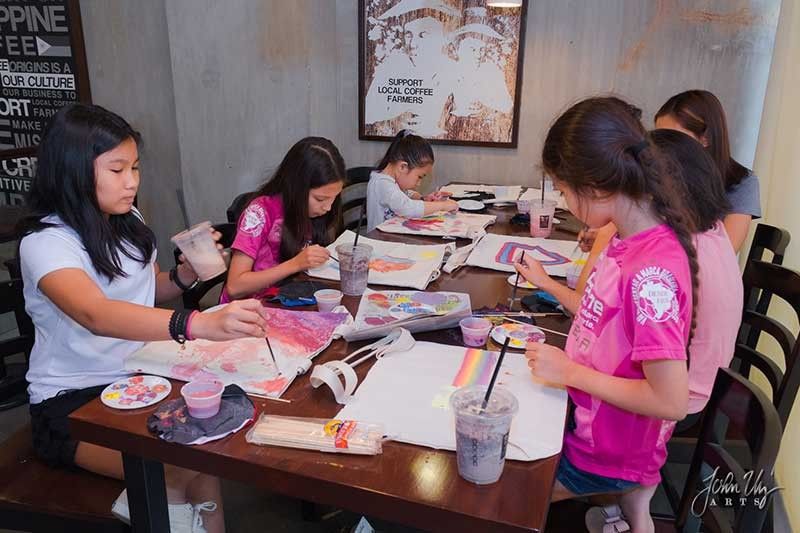 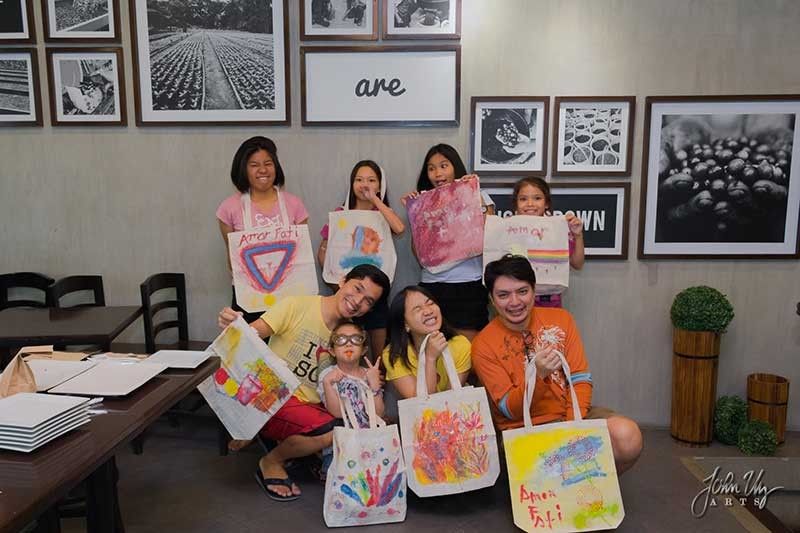 THERE are so many ways to express one’s emotions other than talking about them.

Self-taught artist and art enthusiast QWei Art realized her love for art and its benefits during a spontaneous moment when she emptied her mind and released her emotions through painting. This resulted in her first painting in 2014, as she delved deeper into the world of art.

“I was craving for something that I could grab on to. Suddenly, I found some canvases—I don’t know why I kept collecting canvases, paintbrushes and paints when I never painted. I started to grab them and I just put those colors on the canvas. It relieved me.”

As she mentioned, she owed a lot to art and came to the realization that it could also help others; hence the start of the “Visualize Your Thoughts” (VYT) art sessions. It bears the motto: “Where everyone gets the opportunity to express themselves and reveal the hidden artist within through art.” This, to her, was her way of helping people; like a silent prayer, as she described, that went into fruition.

The sessions are like episodes with the first one debuting last May 16 at Bo’s Coffee at The Space.

The art session can cater to at least 20 guests from children and teens to adults where they can make art using the materials provided to them. Those interested can get in touch with QWei Art through social media, or just showing up at the session since it accepts walk-ins. Guests joining aren’t dictated with what they come up with but each episode has a theme or challenge—how they interpret it is up to them. They’re given at least three to four hours to work on their creation, which they get to share at the end of each session.

It held its fifth episode at the same cafe last Aug. 3 called “A Snapshot,” and its recent episode called “Camaraderie” last Aug. 11.

Every episode uses different materials. For the recent one, participants painted on canvas tote bags. In a way, this was also a reflection of the artist’s spontaneity when it comes to artwork: it doesn’t matter what technique or medium she uses for as long as she can express herself the thoughts she could not verbally express.

“I thought to myself, ‘this could also help other people.’ You can actually express yourself, especially those who have depression or are dealing with problems. I think, people think that the only way or the best way to be heard is to talk to somebody. We know it’s not easy to talk to somebody because sometimes, even if we open up to them, we could feel like they don’t understand us.”

The sessions are open to anyone, whether they’re going through something or otherwise. QWei Art hopes for VYT to be an open space for its guests where they can feel like themselves, express and discover their potential to do art as well. “I strongly believe there’s a hidden artist within each of us just waiting to be unveiled; to be discovered.”

The next episode is set to take place this Aug. 24 at Bo’s Coffee, The Space located at A.S. Fortuna St., Banilad, Mandaue City, Cebu.