7 who drowned in Iloilo-Guimaras Strait laid to rest 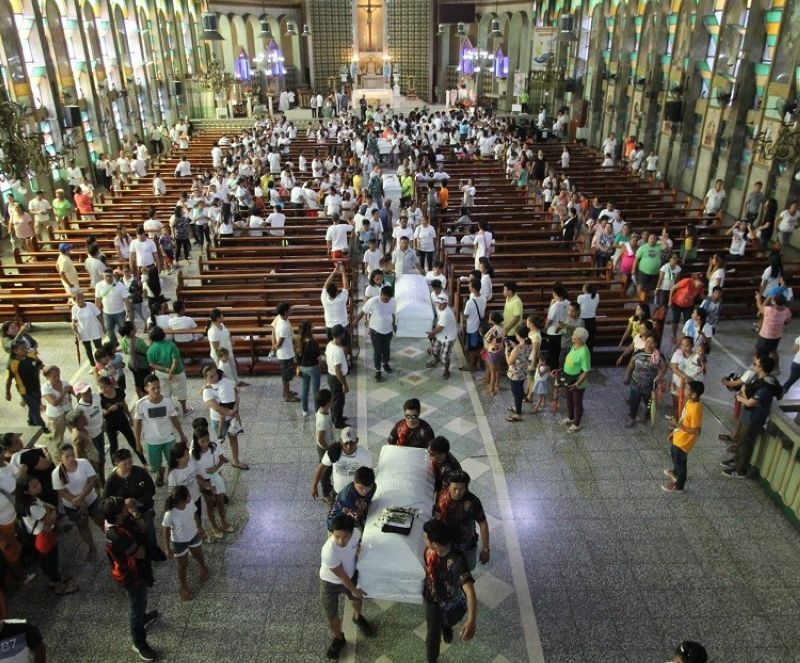 NO ONE is prepared enough to lose a loved one.

Not even Mark, not his real name, who is only nine years old but is no stranger to grief after losing three of his immediate family members to a sea tragedy one Saturday.

His mother, step father, and youngest brother were among the nine Cebuano casualties when the motorized banca they were on capsized at Ilolilo-Guimaras Strait last August 3, 2019.

Mark fainted just as the coffins of his deceased loved ones were about to be placed inside their respective crypts at Carreta Cemetery, Monday, August 12.

The other victims were Jared and Bernardo Janson, Dannelle, Angelina and Romeo Baguio Sr., Romeo Baguio Jr. and his son, Jay Arvien.

The Baguio family, residents of Barangay Ermita, Cebu City, were traveling to Guimaras from Iloilo City so Romeo Jr. could ask for Jay Arvien’s mother, Maria Nieves Grandeza’s, hand in marriage when the incident happened.

Grandeza was the group’s lone survivor.

Their dead bodies, except Baguio Jr.'s and Jay Arvien's, were flown in Cebu via a C-130 transport plane of the Philippine Air Force last Thursday, August 4.

Baguio Jr. and Jay Arvien were taken to Guimaras Province where Grandeza lives.

Reverend Father Nelson Plomihon, OAR, who officiated the requiem mass at the Our Lady of Mount Carmel Parish-Recoletos, reminded the victim’s family, friends, and relatives that what happened was a tragedy and that they should not lose hope and faith in God.

“We should not question God’s plan. Things happen according to his will. Our lives are borrowed only and this world is just our temporary shelter,” he said.

Jason Janson, Bernardo’s eldest son, promised to be strong for his family.

“As of now, we are slowly accepting that they are already gone so that they could also be at ease. We have to move on. We have to be strong. As the eldest, I would take the responsibility of becoming the ‘father’ of my siblings,” he said.