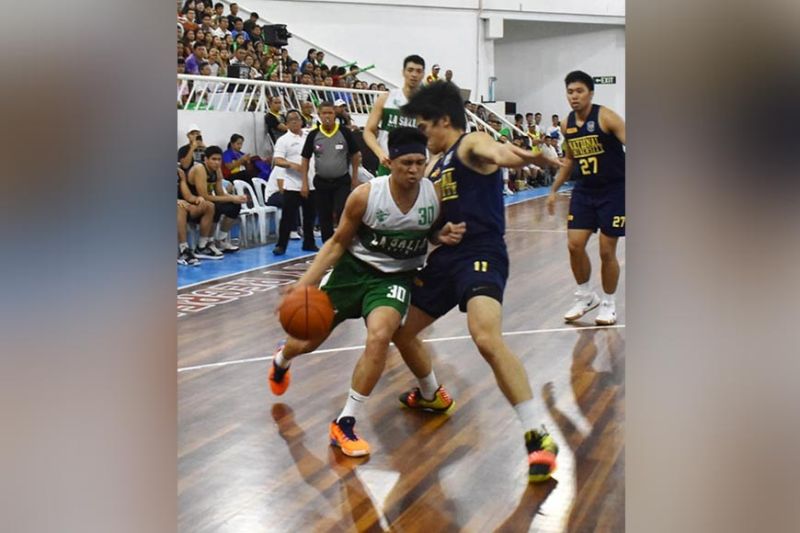 The Green Archers came from behind to tame the National University (NU) Bulldogs, 80-72, as Andrei Caracut erupted with a total of 19 points, 17 of which came in the second and third periods. DLSU was then trying to bounce back from as much as 11-point deficit, two minutes and 41 seconds left before halftime.

Brothers Shaun and Dave Ildefonso canned 18 and 12 markers as teammate Issa Gaye made 13 to lead scoring for the Bulldogs.

DLSU assistant head coach Gian Nazario said they went back to defense since the Bulldogs were good individual players.

"Our individual defense has to be good. Kailangan ding i-move ang bola and just find the open shots," he told SunStar Davao Monday, saying that they will treat their second game opposite SWU, set Monday evening, August 12, as any regular game.

He continued, "We will give our 100 percent. Kahit sino makakatapat namin, we respect our opponents. Our veterans (Caracut, Evans and Baltazar) know the expectations but hopefully everybody will be on the same page sa games na gagawin namin dito."

In another game, the Mike Reyes-coached Cobras stopped perennial rival University of the Visayas (UV) Green Lancers, 75-68. Lamine Thiam poured in 19 baskets to lead the charge for the Cobras.

Coach Reyes, in a separate interview, said, "We did a better job on running back on defense. Naningkamot mi (We worked very hard at it). That was a big factor."

He also said that they won't take the Green Archers lightly.

"We all know how strong La Salle is. The boys must help each other and do our best to challenge their shooters. The whole team has to step up," Reyes added.