No. 2 most wanted person nabbed 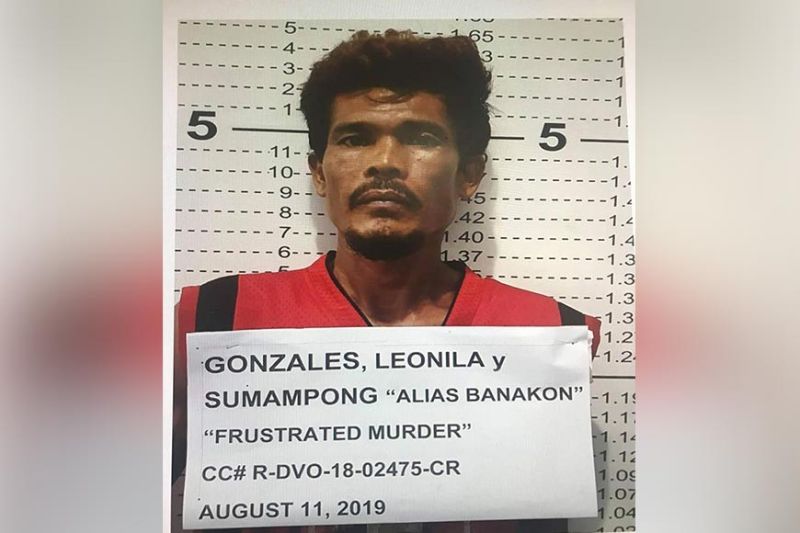 ONE of the most wanted personalities in Davao Region who is facing multiple cases was arrested by authorities in Purok 7, Barangay San Roque, New Corella, Davao del Norte during a manhunt operation Sunday, August 11.

Gonzales was nabbed through the warrants of arrest for murder, frustrated murder, and attempted murder.

He is also facing multiple attempted murder charges, as well as homicide, robbery and sedition.

Gonzales has been listed as the number 2 most wanted person in the Internal Security Operation city level. He was turned over to Davao City Police Office (DCPO)-Investigation and Detection Management Branch.

DCPO reported that Gonzales was also involved in series of attacks and harassment throughout the region.

It was learned that he took part in the burning incident at Lapanday in 2017, harassment and abduction of five personalities assigned at Police Station 7 in 2016, and the attack of Panabo Police station that resulted in the death of one police officer in 2011.