Casimero: I want to be the best bantamweight 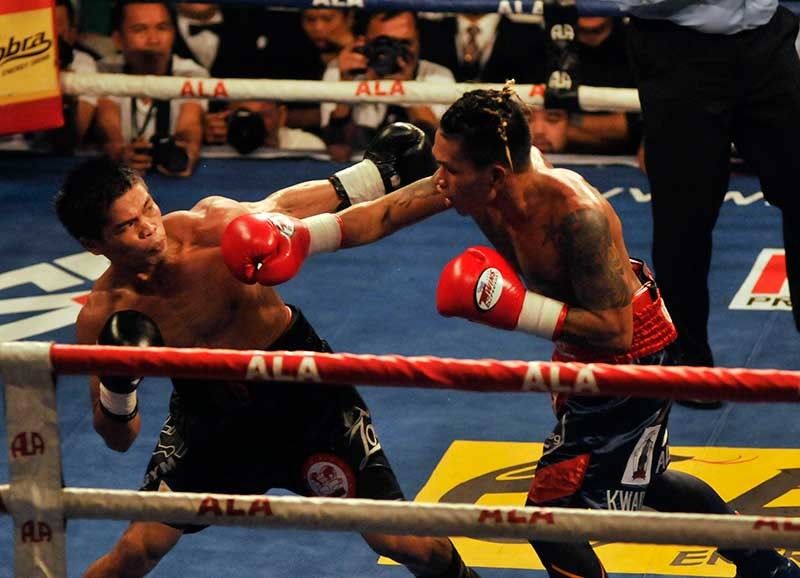 THREE-DIVISION world champion Johnriel Casimero dreams of becoming the best bantamweight in the world. He wants to clean up the division and unify all the bantamweight belts.

“They had their time. Now it’s my time to beat them all,” the 30-year-old Casimero told SunStar Cebu.

As of the moment, however, Casimero has his hands full against No. 10 ranked Cesar Ramirez in a title defense of his interim World Boxing Organization (WBO) bantamweight belt on Saturday, Aug. 24 at the Fil Oil Flying V Arena in San Juan.

“Yes, I’m very much ready,” said Casimero. “He’s (Ramirez) a tough opponent and should not be taken lightly.”

The 31-year-old Ramirez is a Mexican fighter with an 18-3 record with 11 knockouts. He’s coming off a unanimous decision over Eddy Valencia.

A win over Ramirez should give Casimero a mandatory fight with regular WBO bantamweight king Zolani Tete. The winner becomes the sole WBO bantamweight titleholder. “What I’m really preparing for is a fight with Tete,” said Casimero. “Tete is my target right now.”

Tete was forced to back out of a World Boxing Super Series (WBSS) bantamweight tournament semifinals fight with Filipino star Nonito Donaire Jr. after suffering an injury in training.

Because of Tete’s inactivity, Casimero was given a chance to fight for the interim belt against Ricardo Franco, who he knocked out in 12 rounds last April 20, 2019.

Casimero, 27-4 with 18 knockouts, is now currently training under Nonoy Neri. He started his preparation in LA, training alongside Filipino boxing icon Manny Pacquiao. He continued his training in Davao City at the MP Boxing Gym.

“It has been a huge help (training with Pacquiao) because it made me get ready for my fight on Aug. 24,” he said.

The bantamweight class is one of the toughest weight divisions right now. (EKA)