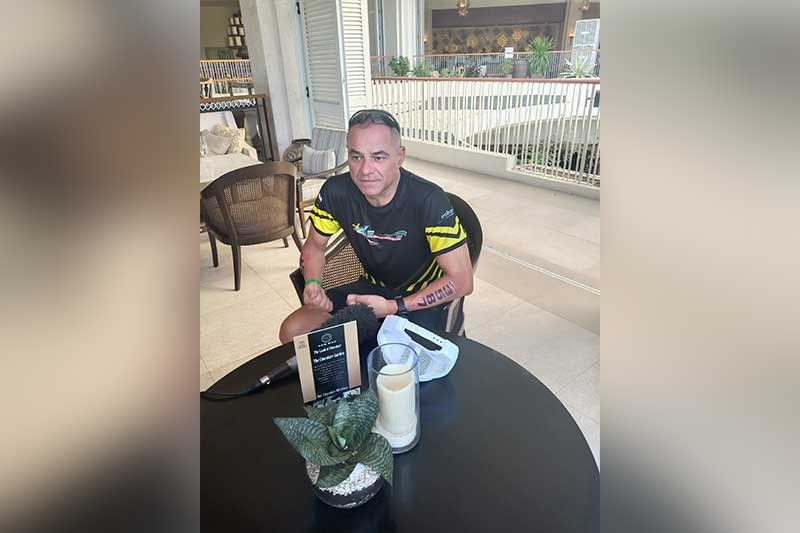 “We have 26 participants from the resort. We wear the same uniform. It’s a limited edition shirt. We don’t sell them but we give them as exchange for a donation to the orphanage,” said the hotel’s general manager Rene Egle after finishing the race.

The race covered the key cities of Cebu—Lapu-Lapu, Mandaue, Cebu and Talisay.

Egle, who was the biker of the hotel’s relay team, said the goal for this year is to build a hydroponic plant for the orphanage.

“This year, Day 1 alone, we collected P71,000. That’s fantastic news for us since our objective is to build them a hydroponic plant. This is our second year to do this. Last year was not that successful compared to this year,” he said.

Egle said they worked with other things with the orphanage last year, like providing rice supply after collecting P20,000.

“There’s a lot of interest this year, especially from the professional triathletes. I had six pros approaching me, asking me what they can do to contribute. I told them if you sign the shirt, we can auction it,” added Egle.

Eventual champion Tim Reed and crowd-favorite Mauricio Mendez were among the 10 triathletes who signed a shirt.

Egle said there were kids in the orphanage who participated in the Alaska Fortified Ironkids Philippines last Saturday.

“When I first visited the orphanage, it was really emotional. The kids don’t have much, but they get happy to see visitors and the other small things you bring there. I told my guys to make the orphanage our corporate social responsibility partner,” shared Egle, adding that they’re also working with the orphanage on Christmas activities.

The hotel fielded in five teams in the relay competition and 11 athletes in the individual category.

The Ironman 70.3 Philippines was joined by more than 2,500 triathletes from 57 countries.

It was held in Cebu for the eighth straight year, following the three-year stint in Camarines Sur from 2009 to 2011. (RSC)