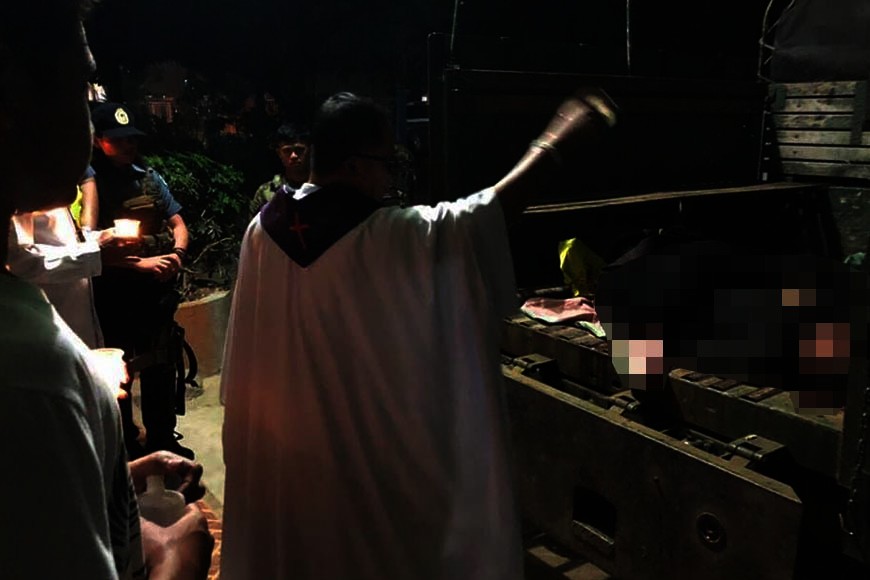 According to the 65th Infantry Battalion, they received information of the presence of NPA in the barangay.

The firefight lasted for about 10 minutes. This incident is the third in a series of encounters in the forested areas of Talakag, Bukidnon.

Recovered were two M16 and a M14 riffles from the encounter site.

The rebels’ cadavers will be properly turned over to PNP MPS Talakag for proper disposition and identification.

The army also belied information relayed by a certain Roxane of the NPA Mt. Kitanglad Command-North Central Mindanao Region that a soldier was killed during the encounter.

“It is very unfortunate that we lost Filipino lives today when two NPA terrorists died during an encounter with the troops of 65th Infantry Battalion. This could not have happened if the leaders of this terrorist organization did not deceive and offer lies to its members, and the poor farmers and Lumads in the area, which forced them to take up arms against the government,” Lieutenant Colonel Benjamin Pajarito Jr. said.

“The 65th Infantry (Stalwart) Battalion is willing to help NPA terrorists who wish to surrender. We will assist them for enrolment under the E-Clip, just like what we did last month during the mass surrender in San Rafael, Talakag, Bukidnon. Their benefits are on process for their immediate assistance and livelihood assistance for regular members of NPA and interventions for the members of SPLs and UGMOs,” he said.

“I call on the remaining NPA terrorists not to waste your time in the failed armed revolution, these are the times that you should spend with your families and love ones, free from fear and intimidation,” he added.