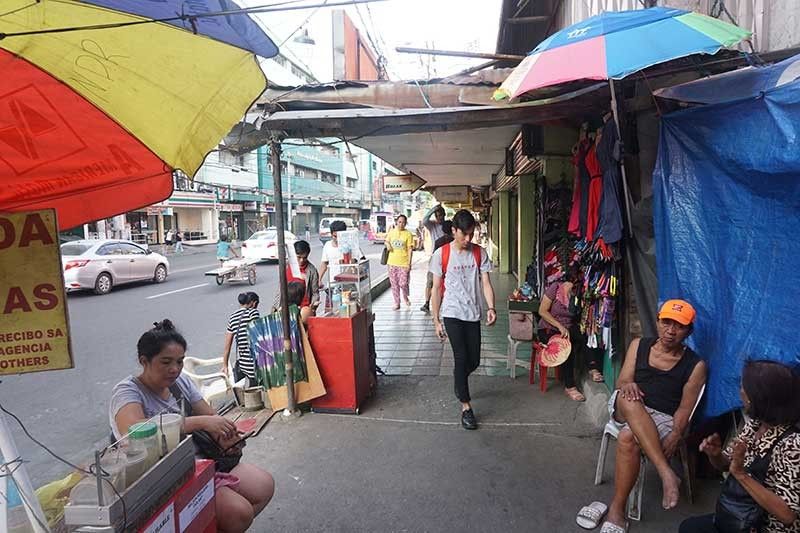 A WEEK after the Prevention, Restoration, Order, Beautification and Enhancement (Probe) team cleared the sidewalks of Colon St., the vendors are back.

But only half of the more than 200 vendors were able to return after they complied with the requirements, such as a barangay clearance and consent form from the establishment where they set up shop. They also had to be registered voters in Cebu City.

Gasa is a program under the Office of the Mayor, which was formed to carry out policies on sidewalk vending.

In the implementing rules, vendors are allowed to display their merchandise only for eight hours daily. They have to manage their stalls by themselves. They are not allowed to bring minors. Use of liquefied petroleum gas or butane is also prohibited.

Other prohibitions include setting up large umbrellas or tents, the use of more than one cool box and the use of folding beds or mats to display items.

Vendors are directed to clean their designated areas and segregate trash. They must also pay their daily dues of P10 to City Hall.

Vendors must keep to the two feet by two feet space allotted to them, Arce said.

“We’re giving (them) the chance. If they cannot comply, then it’s not the government’s fault anymore,” Arce said.

Since vendors resumed selling on Friday, August 9, 2019, two have been suspended, Arce said.

One brought her kid along. The other had someone else manning his stall, which is not allowed.

Arce said vendors are strictly monitored from 6:00 a.m. to midnight.

Vendors who were not able to return were given an option to display their merchandise in the market, said Arce, but they preferred the sidewalk.

Arce said their office cannot provide a relocation site for the vendors.

The City Government was lauded by netizens after it cleared some major sidewalks in the city. Arce admitted she felt that some were dismayed when the vendors returned in some areas.

She said they cannot just take away from the vendors the opportunity to earn a living. They are just stricter now in imposing the rules so sidewalk vendors will not hassle the public.

“We will be stricter to sustain the order of the sidewalks, so the public who got disappointed will realize that we can have organized sidewalks even with the presence of the vendors,” Arce said.

The Probe head also encouraged the public to report obstructions on the sidewalks.

Also on July 29, Interior Secretary Eduardo Año issued a memorandum circular directing all local chief executives to reclaim public roads used for private ends and to rid them of illegal structures and constructions.

Prior to the directive, the City Government had already started its clearing operation on M.L. Quezon Blvd. last July 25. (JJL)