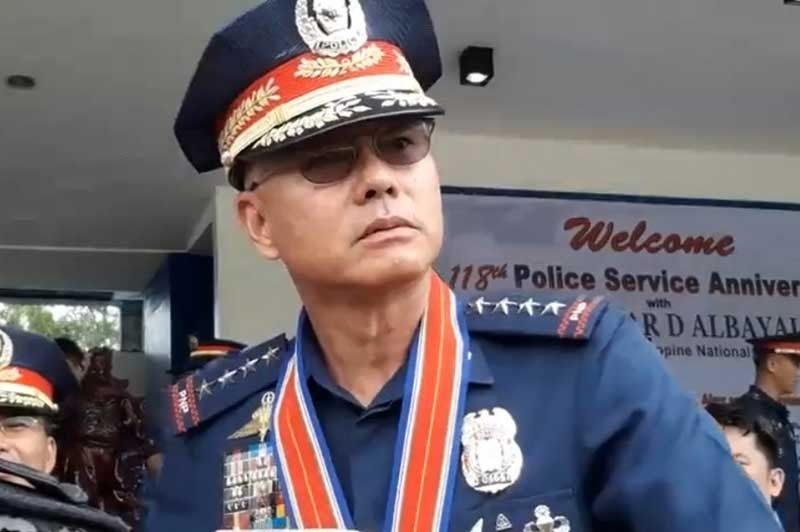 “‘Yung pagkain, during anniversaries we all accept food, pagkain, mga lechon. These things are consumable,” he added.

Albayalde said he could no longer remember the expensive gifts he had received, but said his wife normally buys these gifts for him.

“Hindi ko alam most of my things wife ko nagbibigay sa akin kasi di ko mabili. I could hardly buy expensive things for myself,” he said.

The PNP chief made the statement when asked to comment on his predecessor's admission that he had received a branded shirt and an expensive watch as gifts.

Albayalde reiterated that police officers are prohibited from accepting gifts under the law. But he also said there are exemptions.

Interior and Local Government Secretary Eduardo Año said despite “some exceptions” policemen who will be receiving gifts will face administrative and criminal charges.

Año cited Section 14 of Republic Act 3019, also known as the Anti-Graft and Corrupt Practices Act, which states that accepting unsolicited gifts or presents of small or insignificant value offered or given as a mere ordinary token of gratitude or friendship is not considered corruption.

Albayalde, however noted that “insignificant items” were not identified or defined by the said law.

He said accepting gifts will just depend on the integrity of the police official.

“But there is that clause na sinasabi niya insignificant value. But the thing is hindi nga naka-define so this depend solely on the discretion and sound judgement of the person,” he added.

Albayalde also earlier said policemen should not misinterpret Duterte’s statement and should remain faithful to their oath of office. (SunStar Philippines)