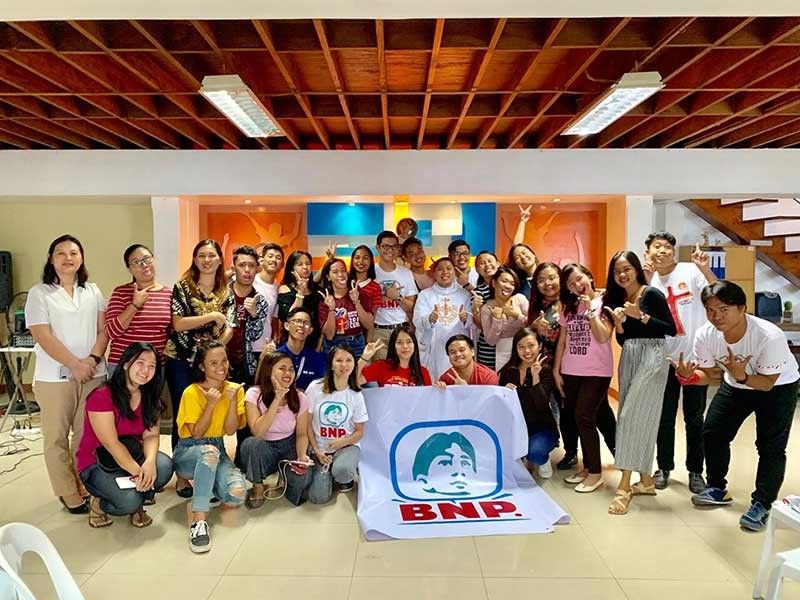 MORE than 30 devotees of San Pedro Calungsod, known as “Kabarkada ni Pedro,” participated in the thanksgiving mass to celebrate the seventh anniversary of the Barkada Ni Pedro (BNP) at the San Pedro Calungsod Youth Center in Cebu City on Aug. 6, 2019.

The mass was presided by Cebu Archdiocesan Commission on Youth director Rev. Fr. Andrei Ventanilla, and it was broadcasted online through the BNP’s fan page on Facebook.

“The digital environment is one of the major phenomena that our young people is facing nowadays. What is digital in the present context is not just an instrument to be used, rather it has become an environment, a culture; a way of living,” Ventanilla said in his homily.

He added: “It is something that we can’t do away with anymore. Knowing that this phenomenon can bring both positive and negative effects, our move should be this: to insert and bombard this phenomenon with evangelization, BNP has taken up the challenge to tell the world of God’s love through the social media.”

After the mass, BNP moderator Marlito Cabigas presented the new BNP logo and some programs to expect from the page.

The BNP team, which manages the page, is now under the direct supervision of the Director of the Commission on Youth of the Archdiocese of Cebu.

BNP is an online prayer community created by young people to promote a culture of praying for one another.

It is also an online resource on materials in the propagation of devotion to San Pedro Calungsod, the first Visayan saint canonized by the Vatican.

BNP was launched in 2012 at the height of San Pedro’s canonization during the term of the then Commission on Youth director Rev. Msgr. Arturo Navales, P.C. Seven years after its creation, the BNP page has accumulated over 25,000 likes already.