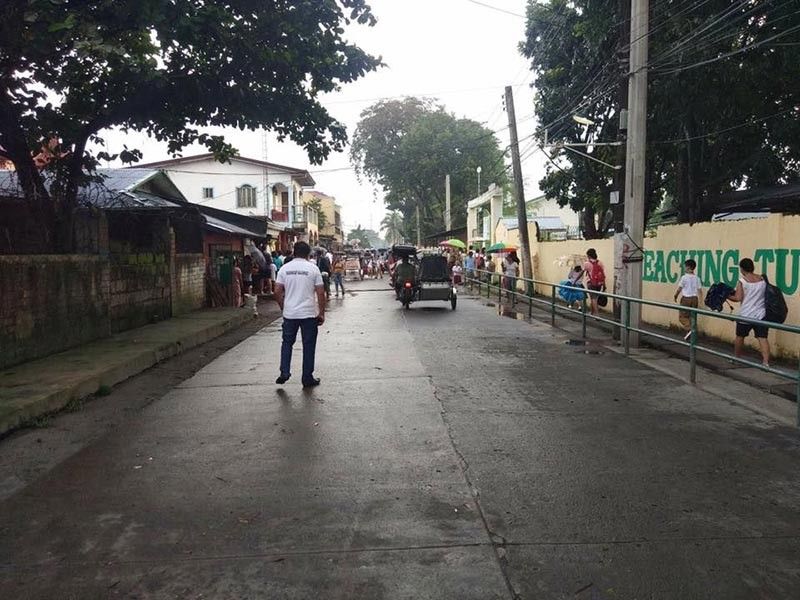 The village chief said he issued Executive Order Number 15 in line with President Rodrigo Duterte's directive during his 2019 State of the Nation Address to clear roads of illegal structures and obstructions.

Mamac said his executive order is also in conjunction with the instructions of City Mayor Carmelo "Pogi" Lazatin for an intensified clearing of streets, sidewalks and public places from obstructions, illegal vending and illegal parking of vehicles.

"We are doing this to ensure pedestrian and vehicular mobility, access to public service and activities using public roads," the barangay leader said.

The directive include the removal of trees, garden, animal fences, makeshift stores and residences, shanties, and others, according to Mamac.

He said the barangay council has sent prior notice to owners of more than 500 business establishments and residential units a week before the demolition, which started on Monday.

Mamac said roads are beyond the commerce of man as provided by the Local Government Code.

Mamac lauded some of the structure owners for voluntarily demolishing their respective properties that encroached the roads.

"Upon receipt of our notice, our constituents from San Pablo and Quezon New Valley voluntarily dismantled the obstructions," he said.

"A few say we will see you in the coming election as if threatening us of their votes. We will not be cowed by the vote of the few. I'm sure many will be happy with what we are doing," Mamac said.

Students of Gueco Elementary can now use the walkways, according to the village chief.

"Thanks to the members and leaders of Task Force Disiplina (demolition teams)," he added.