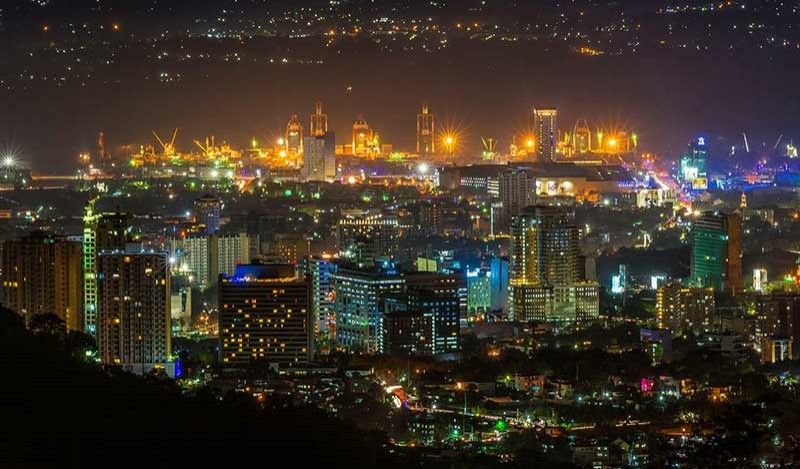 CEBU’S SKYLINE. As high-rise buildings welcome the entry of offshore gaming operators on Mactan Island and Mandaue City, the country’s tax collecting agency zooms into collecting more taxes from this rising industry. Bureau of Internal Revenue 13 chief Eduardo Pagulayan Jr., however, says some of these offshore gaming operators have legally registered their operations while there are still many which are operating clandestinely. (Contributed photo/Michael Edwards)

THE government’s tax radar is gradually pointing to the operations of offshore gaming companies, which are looking at Cebu as potential expansion site.

Eduardo Pagulayan, chief of the Bureau of Internal Revenue in Cebu (BIR) 13, said many of these firms are still operating “clandestinely.”

“Some have registered but many are still operating clandestinely,” the official told SunStar Cebu.

The BIR official, however, couldn’t give specific information on the firms that are registered and those that aren’t.

Pagulayan though pointed out that the agency is already looking at this sector to be included in its tax enforcement drive.

Sought for comment, Joey Bondoc, senior research manager at Colliers International Philippines, noted that the move to regulate the operations of offshore gaming operators should ensure the sustainability of this growing sector, which is gaining ground in Cebu.

According to Colliers, there are currently two major offshore gaming companies locating on Mactan Island and Mandaue City. He declined to give the identity of these firms.

“Though we believe that these measures by BIR are meant to regulate the operations of Philippine offshore gaming operators (Pogos) in Cebu, these steps should help ensure the sustainability of Pogo operations in the city,” Bondoc said.

The Colliers official believes there is a growing interest from Pogos to set up shop in Cebu.

“There is interest especially from Pogos planning to expand outside of Metro Manila in Mactan and Mandaue,” he told SunStar Cebu Tuesday, Aug. 13, 2019.

Some of the factors that drive the interest of Pogos to expand here include the proximity of Mandaue and Mactan to Cebu’s expanded international airport, presence of expansive office spaces and complementing residential condominiums and local governments’ openness to its operations.

However, moving forward, Bondoc said “the demand is likely to depend on new local government officials’ stance on Pogo operations, similar to what we see in Metro Manila.”

Earlier, the BIR reported that it had collected an initial P186 million in withholding taxes from Pogos and is getting another P170 million this month in tax payments from these businesses employing foreign nationals.

In a statement, Finance Assistant Secretary Dakila Napao earlier said, of the 48 notices sent out by the BIR to Pogos directing them to pay the withholding taxes of their foreign workers, 22 have either replied or protested the tax assessments.

“The BIR, though, has already collected P186 million from the notices sent out and is set to collect another P170 million moving forward. This started last month and will be collected on Aug. 10,” Napao said, in reports.

Citing BIR Commissioner Caesar Dulay’s official report to President Rodrigo Duterte, the bureau said that for the initial year of operations of Pogos in 2017, it collected only P175 million in taxes.

Pogos remitted over P579 million in taxes in 2018 and voluntarily paid P789 million in the first half of 2019, Dulay said in his report.

As part of the steps to ensure that Pogos pay the right amount of taxes to the government, the government issued a joint memorandum circular on July 11, requiring all foreign nationals and their employers or withholding agents to secure a tax identification number from the BIR as part of the documentary requirements in securing employment permits and visas.

The BIR is now working with the Department of Labor and Employment in developing an inter-agency database of foreign nationals working in the country to effectively monitor them and ensure that they pay the correct amount of taxes to the government.