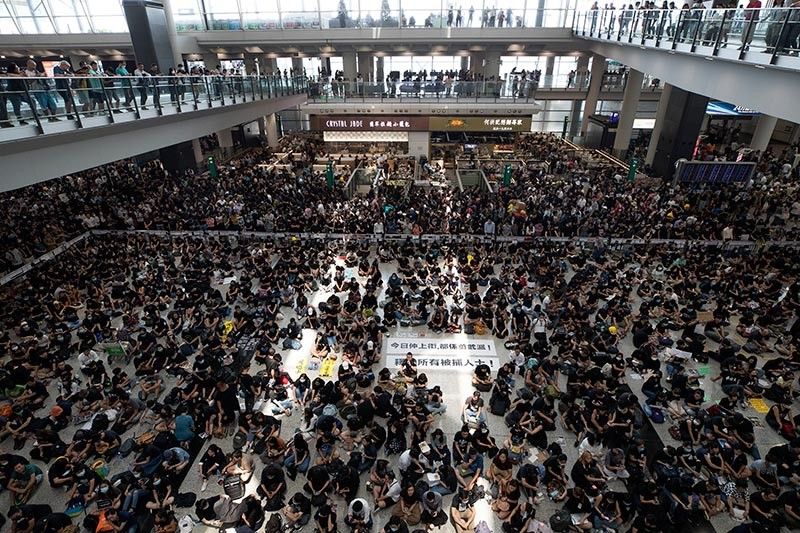 In an interview with SunStar Davao, Obcena said they received information about the disruption in the operation in HKIA which caused Cathay Dragon, a Hong Kong-based regional airline operating the Davao-Hong Kong direct flight, to cancel its Davao-Hong Kong flights.

He said the inconvenience have affected the flying public yesterday but that they do not see a “prolonged adverse effect” since the cancellation of flights was only temporary.

Since it launched in October 2018, the airline has been catering four flight schedules from Davao to Hong Kong and vice versa during Sunday, Tuesday, Wednesday and Friday with Airbus 320 and A321.

In the data obtained from Caap-Davao, the passenger volume of Cathay Dragon range from 2,000 to 3,000 every month for 2019 with a wide range of travelers such as tourists, overseas Filipino workers, and business travelers, among others.

On Monday afternoon, August 12, HKIA canceled all flights after thousands of Hong Kong pro-democracy protesters crowded into the main terminal.

For the past two months, Hong Kong has experienced mass protests calling for democratic reforms and an independent inquiry into police conduct.

“It is unfortunate that the Davao-Hong Kong flight is temporarily suspended because of the political developments happening in Hong Kong,” he said.

“More than the suspension of the flight, the biggest worry of the Chamber is the possible dislocation of jobs of our OFWs working in the Hong Kong. We are really wishing the situation to stabilize soon so all will go back to its normal life including our OFWs,” he added.

Hong Kong International Airport reopened on Tuesday, but hundreds of flights remained listed as cancelled. PAL, however, announced that it has resumed operations to and from Hong Kong.

One of the world's busiest airports was struggling to reopen the morning after thousands of pro-democracy demonstrators crowded into Hong Kong's main terminal and forced flight cancellations.

Passengers were checking in for flights Tuesday morning in a sign operations were returning to normal, although protesters have shown no sign of letting up on their campaign to force Chief Executive Carrie Lam's administration to respond to their demands.