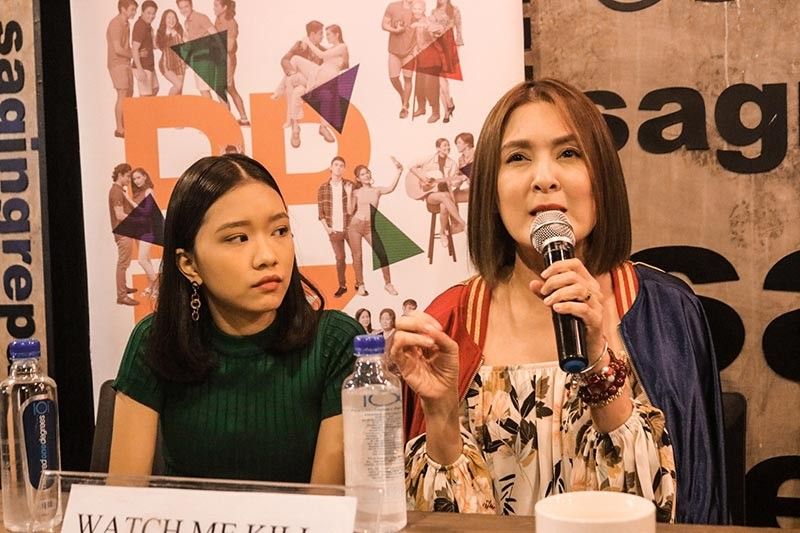 ALMOST everyone knows Jean Garcia as the great kontrabida from his role as Miss Minchin in the 1995 remake of Sarah ang Munting Prinsesa to the 2000 Pangako Sa ‘Yo as Madam Claudia Buenavista.

She is an icon of remarkable lines and insults thrown to the protagonist paired with a sound slap. That’s Jean Garcia for you. But for this year’s Pista ng Pelikulang Pilipino (PPP), she takes on a different role -- one that she has not done before.

Last Saturday, August 10, together with the other actors from other movies, Jean was in Davao City to promote their PPP entry "Watch Me Kill." The movie was directed by T.A. Acierto. Jean shared that it’s the first time she’s doing an action movie where she does most of the action.

“Dati kasi, I’ve done action movies in the past but my role usually is the wife of the action star. I was never the one doing the stunts,” said Jean. At first, she shared, she was nervous about doing the part but after reading through the script and undergoing extensive training, she learned to love and be one with her character.

“Ako kasi ‘yung tao na takot ako sa mga baril. Takot akong masugatan. Takot pero [during the shoot], nag-enjoy naman. All in all, we had two weeks of training. One week of that is for the fight scenes lang and paano bumaril,” Jean shares.

Watch Me Kill is a story of a woman hired killer and her adventurous as she went on killing people she was tasked to kill. Along the way, Jean will meet the character of Junyka Santarin, who was also present during the PPP press conference. Junyka shared that her role recognizes the importance of a young girl in the journey of a serial killer such as Jean’s character.

There are 10 entries for this year’s PPP. This includes Cuddle Weather, LSS, The Panti Sisters, I’m Ellenya L., G!, Open, Watch Me Kill, Circa, Lola Igna, and Pagbalik. PPP movies will be shown from September 13 to 19.