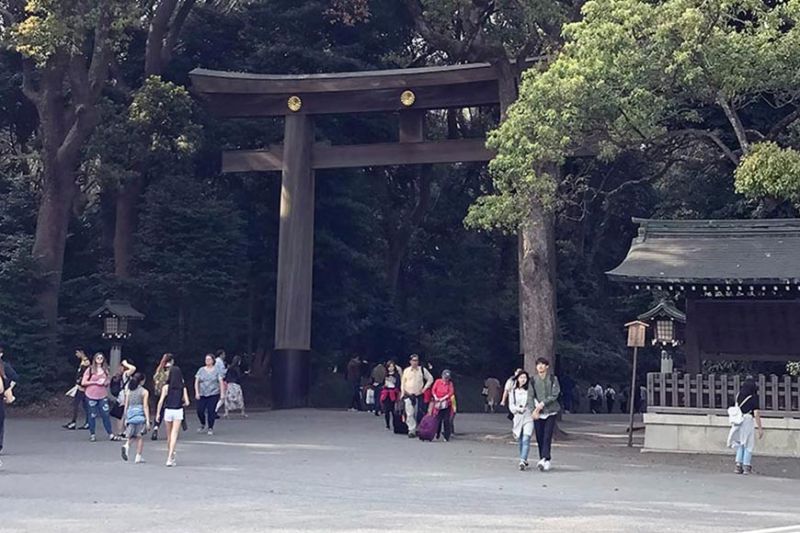 JAPAN. 100,000 trees were planted to turn Meiji Jingu into an evergreen forest. (Jinggoy I. Salvador) 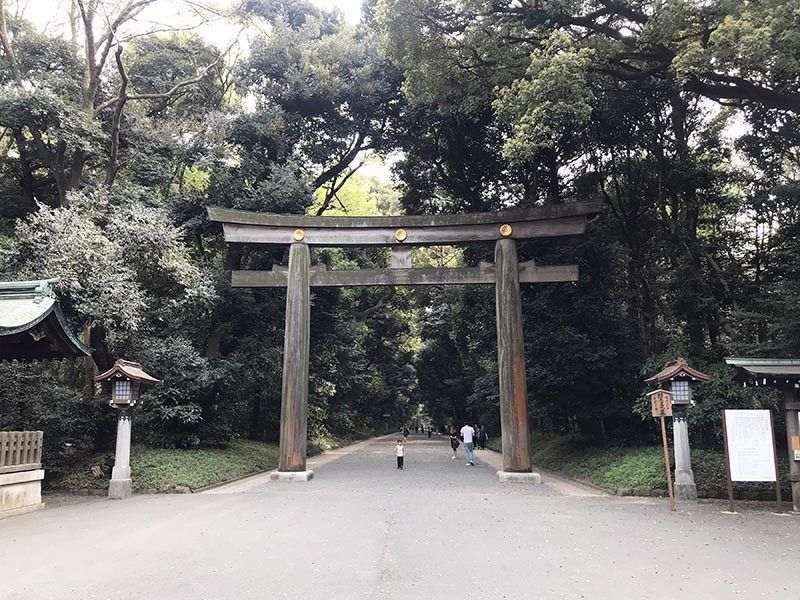 JAPAN. The tori gate and the towering trees at the South entrance of Meiji Jingu. (Jinggoy I. Salvador) 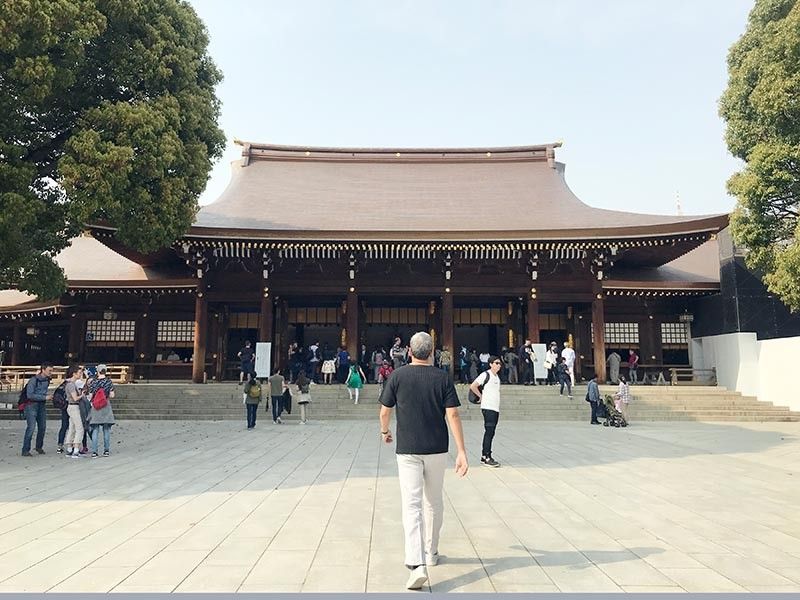 JAPAN. The main shrine at the center of the forest. (Jinggoy I. Salvador) 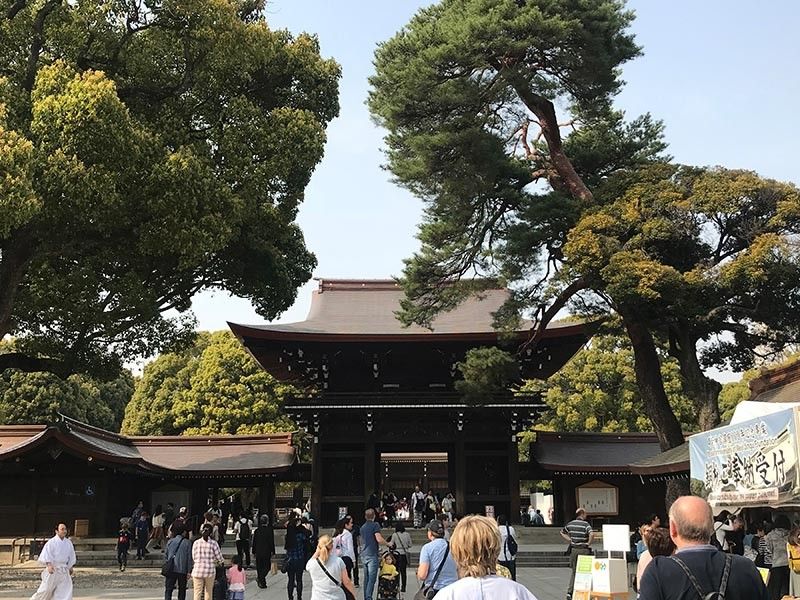 JAPAN. The entrance to the main shrine building. (Jinggoy I. Salvador)

EIGHT years ago, in 2011, I walked through an evergreen forest before reaching a Shinto Shrine in the heart of Tokyo. It was my first trip to the Japanese capital and the first visit to the Meiji Shrine (Meiji Jingu). To say it was amazing would be an understatement. In a place where land is precious, Japan has high regard for nature that this green spot, among many others in the skyscraper-filled city, is preserved.

After several other trips to Tokyo, it was on the most recent trip that I revisited Meiji Shrine, in the company of friends this time. My admiration for the place has not diminished.

Religion plays a major role in the creation and preservation of the shrine and its forest. In Shinto, Japan’s ancient religion, nature is believed to have spiritual powers. The spirits are called “kami” and kami I have seen in nature -- animals, rocks, mountains, rivers, etc., mythology and human beings, too.

Since the ancient times the Japanese build shrines to honor people they admire and feel grateful for. Meiji Shrine is one of these shrines. It was built in 1920 to deify the Emperor Meiji and Empress Shoken after they passed on.

It was the people’s wish to commemorate the couple’s virtuousness. By donating 100,000 trees and planting each by hand, they provided a place for the couple’s souls to dwell in. The area was planned to become an eternal forest, a green plot that recreates itself. Today, flora and fauna is thriving in this man-made forest, one that is indistinguishable from a natural forest.

At the center of the forest is the shrine. It contains the Naien, the inner precinct with the shrine building that includes a treasure museum; and the Gaien, the outer precinct, which includes the picture gallery, a memorial hall and sports facilities.

With the 70-hectare Meiji Jingu grounds right beside 133-hectare Yoyogi Park, the largest park in the Shibuya Ward, the bird’s eye view is a breathtaking large emerald patch in Tokyo’s concrete jungle.

How to get to Meiji Jingu:

The South entrance to the shrine is a one-minute walk from Harajuku and Meiji Jingu Mae Harajuku stations.

It takes about another ten minutes to reach the main shrine building.