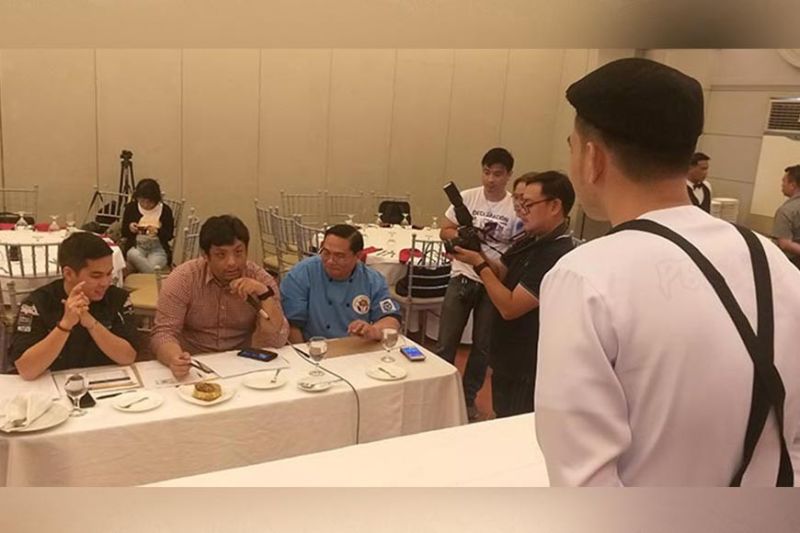 WITH Negros Occidental as home to vast plantation of sugarcane, a material for alcohol production, Negrense chefs and restaurateurs may look at rum infusion as one potential area to capitalize on, a culinary trainer said.

Chef Sammy Nuarbe, owner and founder of the Great Harvest Academy Technical Skills based in Bacolod City, said infusing rum into local dishes has yet to be fully explored and maximized in the province.

Nuarbe said though old folks have been using rum as ingredient, there are evolution of rum varieties which those in the culinary sector should catch up with.

“We better capitalize on rum infusion given that Negros Occidental is one of the sources of alcohol,” he said, adding that “restaurants may look at it as a potential area for investments because we have ingredients plus talent.”

Nuarbe and other Negrense chefs BJ Uy and Don Colmenares served as judges in the Culinaria and Mixology Screening of the 2019 Tanduay Rum Festival at Planta Hotel in Bacolod City on Sunday.

Rum, a distilled clear alcoholic beverage which is a by-product of molasses production or made directly from sugarcane juice, was highlighted as main ingredient in the competition.

The three chefs lauded the culinary skills and prowess of the participants, who are composed of students and professionals.

Nuarbe said the participants proved that cultural minorities once streamed, they can easily embrace the techniques because it’s in their heart and mind.

Nuarbe said Negrenses have a gift of palate aside from intellect. We have that education of the palate, we are very good on that.

“We did not experience any hardship in blending, which is what Tanduay wants here,” he said, adding that “we were amazed by the talent of these young people particularly in infusing rum into our culinary world.”

The culinary trainer also said that “in this event, we are trying to expirement infusing a new ingredient. Technically, we are very good on that.”

In terms of market, meanwhile, Nuarbe said Negros Occidental has a booming economy thus, there is really a niche for rum infused products.

He advised budding chefs not to be afraid of cooking something.

“If you are confused of what will prevail and you’re attempting to introduce a brand new cuisine, do not be afraid,” Nuarbe said, stressing that they should continue to explore.

Meanwhile, the culinaria and mixology competition has three categories such as savory, dessert and mixology.

For the savory category, braised pork made by Benedict del Rosario, Reviel Villapana, and Jolito Pandac from Salvador Benedicto town; drunken shirmp stuffed squid by Raymond Jan Ledesma and Matthew Arthem Gelvoleo from La Consolacion College (LCC)-Bacolod; and Pugita made by Dan Altarejos and Christian dela Cruz of Anne Bistro were chosen as top three winners out of six contestants.

The final round of the competition will be at the Bacolod City Government Center on August 17, forming part of the eight-day Tanduay Rum Festival running until the 24th.

Celebrity chefs and representatives from the World Gourmet Summit, which is one of the biggest culinary competitions worldwide will be invited as judges in the culinaria competition.

There will also be food bazzar wherein dishes infused with rum will be displayed and sold to the public.

Charmaine Pahate, managing director of Eggshell Worldwide Inc., the group organizing the first-ever rum festival in the country, said the open competition aims to showcase the strength and abilities of chefs, students and even non-professionals in the field of culinary.

Pahate said through the activity, they want to educate the people that rum has many uses and not just for socials.

It (rum) is a primary ingredient in culinary products which others may not have known yet, she said, citing Tanduay’s recent chocolate product infused with rum.

“It is about time for Bacolod City to embrace rum, which is being produced here, just like how proud California is with their wine,” Pahate said.

“We have to embrace such Filipino product which Bacoleños should be proud of,” she added.