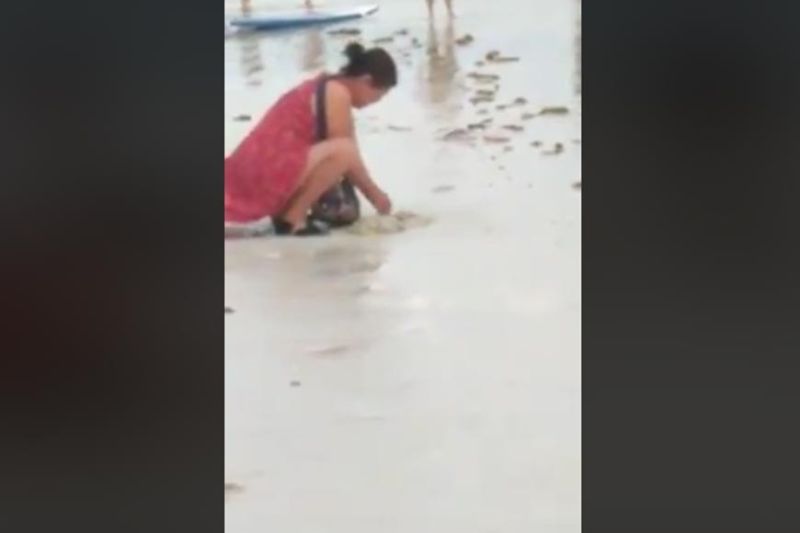 THE Boracay Inter-Agency Rehabilitation Management Group (BIARMG) is investigating the video uploaded on social media that went viral of a foreign national allowing a child to poop at the beachfront of Boracay Island.

In an interview Tuesday, August 13, Natividad Bernardino, chief of the BIARMG, said she saw the viral video circulating online.

"I have asked my staff to talk with the person who uploaded the video in order for us to gain thorough knowledge over the said incident. After which we will study what to do on the said matter," she said.

In the video, a foreign national can be seen washing the behind of a child minutes after pooping at the front beach.

Another female tourist can be seen burying the child's used diaper on the white sands of the beachfront.

Boracay was closed to tourists on April 26, 2018 after President Rodrigo Duterte dubbed it as a “cesspool” and ordered its full rehabilitation to address its environment-related problems.

It was reopened six months after its closure, but the rehabilitation has been extended for two years.

The BIARMG is a management arm of the Boracay Inter-Agency Task Force tasked to rehabilitate this resort island for two years. (Jun N. Aguirre/SunStar Philippines)