Traffic lights in Cebu City to be upgraded, says mayor 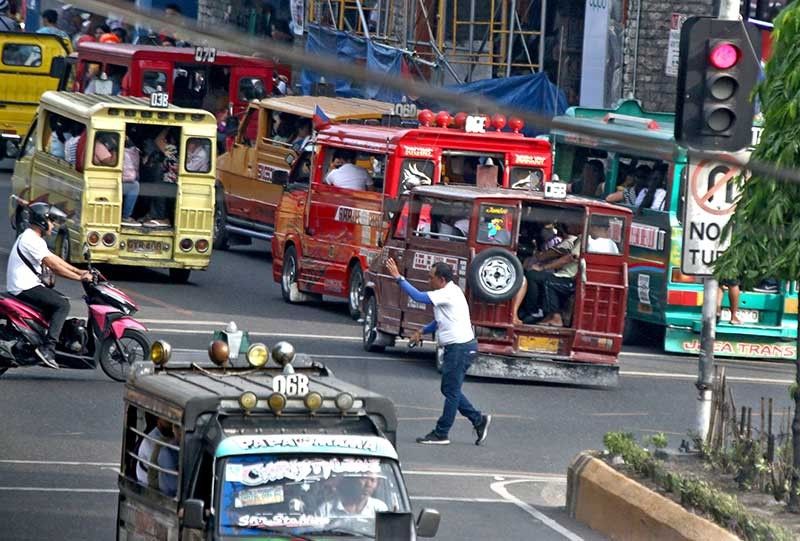 HAND SIGNALS. An enforcer mans the traffic at the junction of Osmeña Blvd. and Sanciangko St. in Cebu City during the period the traffic lights malfunctioned for seven hours on Tuesday, Aug. 13, 2019. (SunStar photo/Alex Badayos)

ONCE upon a time, Cebu City boasted of state-of- the-art traffic lights.

At 7 a.m. Tuesday, Aug. 13, 2019, the traffic lights at 14 major intersections in Cebu City suddenly shut down, stalling vehicles at rush hour and worsening traffic that had already been confronting motorists.

It took time to fix it. The traffic lights were back on at 2 p.m.

“We will have to modernize our traffic equipment as soon as possible.... The City needs to work with the neighboring cities because it’s saddening to know that the other local government units adjacent to us have already upgraded their traffic system,” Labella said in a phone interview with SunStar Cebu.

The adjacent cities of Mandaue and Talisay are already using fixed-time signals that produce routine gaps in traffic. The lights are timed.

Labella said that as soon as possible, Cebu City will adopt the traffic light system being adopted by Mandaue and Talisay cities.

Traffic enforcers were immediately deployed to these intersections, Nadera said.

Talisay City and Mandaue City had spent P14 million and P39.9 million for the modernization of their traffic lights system.

The system is equipped with digital timers, sensors, fiber optics to transmit images to the command center, and closed-circuit television (CCTV) cameras.

The City already has set a budget to modernize its traffic system. The next step is to hold a bidding on its procurement, Labella said.

Aside from the modernization of the traffic system, Labella said, the construction of the Light Rail Transit (LRT) system by the end of 2019 will also help mitigate the traffic problems in the city.

The LRT will be the backbone of the transport system, he said.

Cebu City Councilor Jerry Guardo, chairman of the committee on transportation during the 14th Council, plans to reintroduce the non-contact apprehension of traffic violators in Cebu City.

Guardo said this technology was piloted at a portion of M.J. Cuenco Ave. in November 2018.

Guardo is expecting Leotek Electronics Corp., a subsidiary of Lite-On Technology Corp., the supplier, to give the City an assessment after a month-long dry run of its system product.

He said Leotek has not given the City feedback.

The technology installed on M.J. Cuenco Ave. was equipped with CCTV cameras with built-in computers capable of capturing and recording videos of traffic violators. (JJL)